The law of unintended consequences. 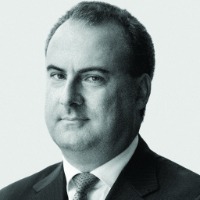 Cross-border listings are in fashion in Switzerland. Swiss Exchange (SIX) has long been trying to lure foreign into listing their shares on its markets. The success has been limited so since only 13 non-Swiss issuers currently have a main listing on SIX. Indeed, the trend seems to go in the other direction. Out of a total of 17 IPOs of Swiss between 2014 and the end of June 2017, six—or around 35 percent—were carried out outside of Switzerland.

The main reason for this state of affairs seems to be the (at least perceived) higher liquidity of foreign markets, especially for smaller market capitalizations. Some hope that tapping the U.S. or European markets will give them access to deeper pools of liquidity.

From a legal perspective, however, cross-border listings have far-reaching implications. One of the most significant ones is that they often leave the relevant ill-prepared and vulnerable to unsolicited takeover approaches. The Swiss takeover rules only apply to issuers that have equity securities listed on a Swiss stock exchange. As a result, the key mechanism through which Swiss law protects minorities in the event of a change of control—the mandatory offer regime that obliges any person who acquires more than one-third of the voting rights of a Swiss company to make a tender offer for all the listed shares of the company—does not apply to issuers whose shares are not listed in Switzerland.

In some jurisdictions, and most notably in the U.S., and protection of minorities are matters governed by company (state) law and not by securities law. Thus, in the event of a fight for the control of a Swiss issuer listed exclusively in the U.S., the expectation there will be that Swiss law makes it possible for the target to take defensive measures by implementing some sort of “poison pill.”

However, this is not the case. Swiss law considers that minority protection in the event of a change of control is a matter of securities law, not of company law. Also, because the Swiss securities laws (normally) protect minorities in the event of a change of control through the mandatory offer regime, defensive tactics are generally deemed unnecessary and consequently problematic in Switzerland. In particular, the legal consensus is that Swiss corporate law does not allow the board to dilute a dissident shareholder by excluding it from a rights issue (which would be the typical mechanism of a U.S.-style poison pill). Unless the Swiss target opts for a (costly) new additional listing in Switzerland, its board may consequently find itself defenseless in the event of an unsolicited bid. This may not only affect the board’s ability to defeat the hostile but also to negotiate a friendly transaction.

The issue is not only theoretical. The independent directors of Alcon, the Swiss eye care specialist (then listed on the NYSE), discovered the issue the hard way in 2010. After having acquired a majority stake in the company from Nestlé, Novartis attempted to force a merger on the company. Since it was not bound by the Swiss takeover rules, the deal proposed by Novartis valued the Alcon shares well below the then prevailing market price (and below what had been paid to Nestlé), which would not have been possible had the Swiss takeover regime applied. Novartis’ merger proposal met stiff resistance from minority shareholders and Alcon’s independent directors. A class action was filed in New York against Novartis and but was eventually dismissed for lack of jurisdiction in the U.S. courts. The matter was eventually settled after Novartis agreed to sweeten the terms of the merger. It exposed, however, the dire consequences of the legal vacuum that resulted from Alcon’s cross-border listing.

Seven years later, the issue raised by outbound cross-border listings is still unresolved. The risk that this type of transaction represents for a company and its shareholders may seem remote at the time of when a majority of the shares are generally in firm hands. The consequences of the risk materializing can however hardly be ignored, as what initially seemed like an attractive choice and a way to secure the future of the company may in retrospect turn out to have been a leap in the dark.