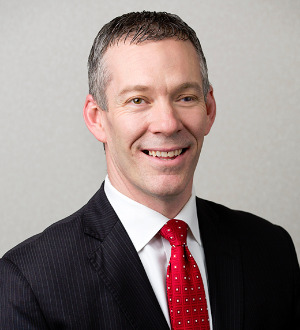 It is no secret that the legal community has traditionally been slow to both adopt new technology and to adapt to its inevitable advance. With COVID-19, stay-at-home orders and the closure of courthouses across the county, however, our tradition heavy profession has had to not only adopt and adapt to technology, we have had to embrace it as well. There is no better example of this rapid embrace of “new” technology than the seemingly overnight adoption of the Zoom video conferencing service. Zoom has been around for several years. In fact, at the beginning of 2015, Zoom already boasted some 40 million users. Yet, until recent weeks, many of us in the legal profession had likely never heard of the service. Today, though, most of us are “Zooming” with our family, friends and work colleagues. Some of us are even making Zoom court appearances.

Zoom, and other video conference services, offer us the opportunity to leverage technology to continue our tradition of service to each other, our clients and the community. Virtual court proceedings using Zoom or other similar services offer convenience and efficiency. In the criminal justice system, these technologies also raise serious questions. To start, how do virtual court proceedings affect the rights of victims, the accused and the public?

Victims of crime, as defined by law, shall be entitled to certain basic rights, including the right to be informed of and to be present at public hearings, as defined by law, of the criminal justice process, and to be heard at sentencing or at any other time deemed appropriate by the court, to the extent that these rights do not interfere with the constitutional or statutory rights of the accused.

How do we allow victims to be present and to be heard via videoconferencing technology? And, how do we accomplish this in a manner that also respects the rights of the accused, for example the rights to confrontation and to a public trial?

Open public hearings in criminal cases are essential to the fair administration of justice. As Justice Powell said in Waller v. Georgia, “The requirement of a public trial is for the benefit of the accused; that the public may see he is fairly dealt with and not unjustly condemned, and the presence of interested spectators may keep his triers keenly alive to a sense of their responsibility and to the importance of their functions… In addition to ensuring that judge and prosecutor carry out their duties responsibly, a public trial encourages witnesses to come forward and discourages perjury.” 467 U.S. 39, 46 (1984). The accused person’s right to a public trial has been found to extend beyond just jury trial. See Id. at 47 (extending the right to suppression hearings).

“The central concern of the Confrontation Clause is to ensure the reliability of the evidence against a criminal defendant by subjecting it to rigorous testing in the context of an adversary proceeding before the trier of fact.” Maryland v. Craig, 497 U.S. 836, 845 (1990). Face-to-face confrontation has traditionally been the norm, and it remains the preferred method for protecting the rights of the accused. Id. at 849. It is physical presence, oath, personal cross-examination and observation of demeanor by the trier of fact that ensures evidence admitted against the accused is “reliable and subject to the rigorous adversarial testing that is the norm of Anglo-American criminal proceedings.” Id. at 846.

It would be hard to argue that the current situation does not present a strong public policy rationale for forgoing some minor face-to-face proceedings, at least in the short term. That said, what types of hearings should be held virtually? Should we limit virtual hearings to non-evidentiary proceedings, or should we be taking witness testimony via Zoom?

The legal profession should be willing to shed its longstanding fear of new technology. Technology offers us great opportunity, and I am hopeful that a silver lining to the current situation will be a greater eagerness in our profession to adopt and embrace beneficial technology like Zoom. Let us not, though, race to embrace technology in a blind disregard of the fundamental constitutional rights of those we serve.