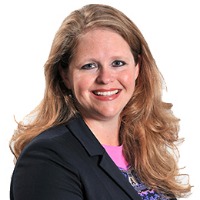 In Cooper Tire & Rubber Company v. NLRB (Case 08–CA–087155), a bargaining unit employee yelled racist statements to African-American replacement workers while he was on a picket line. These comments included: “Hey, did you bring enough KFC for everyone?” and “Hey, anybody that? I smell fried chicken and watermelon.”

SECTION 7 of the NLRA provides employees "the right to self-organization, to form, join, or assist labor organizations, to bargain collectively through representatives of their own choosing, and to engage in other concerted activities for the purpose of collective bargaining or other mutual aid or protection." While the NLRB noted in its decision that the “statements most certainly were racist, offensive, and reprehensible,” they were still protected by the NLRA.

Title VII of the Civil Rights Act of 1964 (Title VII) protects employees by:

Title VII is enforced by the U.S. Equal Employment Opportunity Commission (EEOC), as well as through claims brought in court by private litigants. Employers violate Title VII by requiring employees to work in a racially hostile environment―even if the behavior occurred on a picket line.

What to Watch:  If one were to wager on this match, Title VII is the contender. The Eighth Circuit is the same court that found behavior on a picket line may constitute a racially hostile work environment under Title VII.