The Regional Capture of a National Resource

The untold story of “congestion charges.” 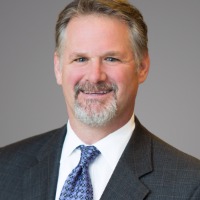 It used to be that electricity was electricity, no matter how generated. Keeping the price of that electricity low was the central object. But now things are different. An array of federal and state policies, together with corporate and consumer demand, have conspired to foster ever-increasing demand for electricity generated by renewable fuel. Perhaps more than any federal or state “renewable portfolio” mandate or tax incentives, a key driver of growth in renewable power generation is coming from corporations, such as Apple, General Motors, JP Morgan Chas, and Microsoft, who have pledged to power all of their operations with renewable energy.

But we have a location problem. While a very substantial demand exists for renewable energy in the population and commercial centers of the Northeast, Mid-Atlantic, and Southeast, the “Saudi Arabia of wind” is located in the Great Plains and the Southwest regions of the country. The same is generally true for solar generation potential. So how does wind and solar power generated in the Great Plains and Southwest make its way to the east coast? Well, problematically, it really doesn’t get there at all. The toll system may have a design flaw because certain rules known as “congestion pricing” are now leading to unintended consequences.

The toll system was supposed to create a more efficient power grid for movement of power across regions, but instead it is keeping wind and power in the regions where it is generated.

This needs to be reexamined.

We see high voltage transmission facilities all the time. They are most conspicuous when driving on an interstate highway through rural areas. These facilities are part of a nationwide network through which power “flows” from “sources” to “sinks.” For most wind and solar generation potential in the United States, the sources are in the Great Plains and the Southwest, but the sinks ought to be in the East. Yet, the sinks are almost always in the same region where the wind and solar power is generated—even to the point where regional grid operators in the Midcontinent (the Midcontinent Independent System Operator, or MISO) and Southwest (the Southwest Power Pool, or SPP) are struggling to absorb the large influx of wind and solar generation injected into their networks. These efforts portend an increase in base transmission rates, but little or no additional ability to flow power out or across their regions. Why is that? Because MISO and SPP are trapping the renewable output and capturing the value of the low-cost generation by making it exceedingly expensive to export wind and solar power from their networks.

To move power out of one region and into another, one must pay a transmission toll from the network in which power is generated and must pay again for any other transmission network that is used until the power is delivered to its destination. The tolls are applied to a form of wheeling known as point-to-point service. Each wheel through a region includes two separate charges for transmission service: one charge is for use of the actual interstate facilities, a second charge (which can double the utility’s cost) is for “congestion charges.”

Congestion charges are not charged for actual use of the physical transmission network. Rather they are purely a financial product, recommended by energy economists and embraced by FERC, that have nothing to do with moving a single electron.

Congestion charges are the dirty little hidden charge that has been a death knell to the economics of moving wind and solar power from our nation’s Saudi Arabia eastward through regional transmission organizations to our nation’s largest commercial and population centers.

Congestion charges are a product of FERC-regulated tariffs established by MISO and SPP. These fee constructs were created and are suited for situations when and where power plants have flexibility to locate in places where the transmission grid is most robust. That is, where there is less congestion.

These charges are designed to create a more efficient pattern of investment in power generation and delivery infrastructure. However, these fees are not universally applied and are assessed to “point-to-point” transmission service used to move and export wind and solar power in a way that is not imposed on by more localized or regional flows. The end result is regional and local power flows that are essentially exempt from congestion fees, while point-to-point wheels for solar and wind power are not exempt. This, in turn, causes wind and solar power to become economically trapped in the regions of origin.

It is time for FERC to reconsider whether the congestion cost aspect of RTO energy market clearing and transmission pricing is sound public policy. The theory underlying the policy was that power generation is fungible and can be generated in places of a developer’s choosing. But this is not the case for wind and solar power. The wind blows and the sun shines the strongest in the Great Plains and the Southwest. This is reality. The preferential treatment of regional and local flows over point-to-point “export” flows should be addressed and either reduced or eliminated so that this power can get to the neediest markets.

The solution to improving the availability of wind and solar power on the East Coast is not just a question of building more generation facilities. It requires reconsideration of congestion pricing and preferences that relieve local and regional flows from those charges at the expense of point-to-point flows.

Lyle Larson counsels clients involved in all aspects of the electricity industry, from power plant development and operation, wholesale power sales tariffs and issues, transmission tariff arrangements, and supply to retail consumers. Among other things, Lyle serves as Federal Energy Regulatory Commission (FERC) counsel to over 25 separate market-based rate sellers and qualifying facilities that own or control over 50,000 MW of generation (coal, gas, nuclear, solar, wind, and biomass) in 16 states, in each interconnection and every Regional Transmission Organization (RTO) region.