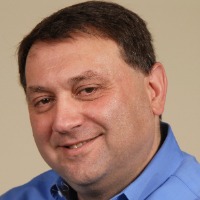 Last November, 13 federal agencies together issued a report, the Fourth National Climate Assessment, which constituted perhaps the most vivid warning yet about the dangers of man-made climate change. What made it particularly chilling was its tabulation of the potential costs—from a presidential administration, no less, whose head has dismissed climate change as beneath much concern.

The authors speculated that absent significant corrective measures, by the end of the century climate change could lop as much as 10 percent off the United States’ economy, including $141 billion from heat-related deaths, $118 billion from rising sea levels, and $32 billion from infrastructure damage. Since the report’s publication, the search for whom to blame has only grown in scope.

The threat is hardly limited to such long time horizons, though. Insurers have already begun withdrawing from swaths of the California market in the wake of recent ruinous wildfires believed to have been exacerbated by climate change. Those fires, in 2017 and 2018, also prompted the giant Northern California utility PG&E, which faces $30 billion in fire-related liabilities, to file for Chapter 11 bankruptcy.

“What we now face with wildfires is sort of an incalculable risk,” says professor Michael Gerrard, founder and director of the Sabin Center for Climate Change Law at Columbia University, which maintains a database of climate-related court cases. “There is nothing insurance companies like less than that. They’re in the business of calculating risks and deciding what exposure they have. But they can’t do that with wildfires.”

"215 major global corporations estimated their aggregate financial risk over the next five years from global warming at $1 trillion."

In a recent report compiled by the Carbon Disclosure Project, a British nonprofit that works to determine the true environmental impact of businesses and municipalities, 215 major global corporations estimated their aggregate financial risk over the next five years from global warming at $1 trillion. Legal liability was among their chief concerns.

American courts have hosted a recent wave of “failure to adapt” lawsuits, as various parties use legal liability to increase leverage on large greenhouse-gas emitters and force them to clean up their operations. Most such cases have been filed against oil companies and other fossil-fuel producers; no fewer than 15 suits are now pending across the country.

In the wake of a unanimous 2011 Supreme Court ruling involving the utility American Electric Power, though—in which Justice Ruth Bader Ginsburg wrote that the Environmental Protection Agency’s implementation of the Clean Air Act displaces any right to seek abatement of CO2 emissions from fossil fuel–fired power plants under federal law—the suits have all been brought under provisions of state law.

Thus far, these cases haven’t advanced to the merits of the arguments, bogged down in jurisdictional disputes. When they do inevitably move forward, though, recent advances in so-called “climate attribution science,” which seeks to identify and quantify the role human activity has played in climate change (see sidebar), could become a crucial factor.

Some environmental activists hold out hope that tighter reporting requirements about corporate exposure to climate-related risk will force companies to alter their practices. The Securities and Exchange Commission issued guidance on this topic in 2010, but specialists note that the agency has never backed it up with enforcement, so its guidance has largely been ignored.

Efforts toward mandating greater transparency for public companies are percolating anew from Washington, however. In July, the House Financial Services Committee passed a bill, H.R. 3623, which would require publicly traded companies to report on their exposure to business risks from climate change. “Investors, lenders, and insurers are increasingly demanding climate risk information that is consistent, comparable, reliable, and clear,” the bill states. (It has gone nowhere in the Republican-controlled Senate.) Massachusetts Senator Elizabeth Warren, a candidate for the Democratic presidential nomination, has likewise been calling for similar action on the campaign trail.

Perhaps the biggest tremor of all was spurred by two of the largest shareholders on earth. BlackRock—the world’s largest asset manager, with nearly $7 trillion in assets—and mutual fund giant Vanguard have both called on public companies in which they invest to better disclose climate-change risk to their balance sheets.

“Of course disclosure is not the same thing as actually changing your practices,” notes Columbia University’s Gerrard. “Disclosure does not reduce greenhouse-gas emissions, and it is not directly related to the risk of climate change. It could contribute to both.”

Moreover, even with all this legal, regulatory, and shareholder pressure building, experts note that on the list of looming boardroom concerns, attention paid by senior corporate officials to this issue pales in comparison to, say, defending against cyberattacks.

Other Sectors at Risk

While oil companies and other fossil-fuel producers have so far been the main targets of those attempting to pin down legal liability for climate change, some think that list could expand. Designers, builders, owners, and insurers of buildings and infrastructure might well be held liable for failing to design these structures to withstand extreme weather patterns.

For the most part, those sectors have been legally sheltered by mostly backward-looking building codes. But New York City’s new Climate Resiliency Design Guidelines offer a peek at the future. Increasingly common, too, are Reverse Environmental Impact Assessments, which turn traditional impact statements for new construction projects on their head—focusing on studying the environment’s impact on a project, not the other way around.

What Lies Ahead: Apocalypse or Adjustment?

While it’s all too easy to imagine apocalyptic outcomes with climate-risk liability, less-drastic scenarios are certainly plausible. The brownfield crisis of a generation ago is instructive.

In the 1990s, concerns over polluted brownfields made it difficult to secure financing to redevelop contaminated properties. Under provisions of the 1980 Superfund Act, banks could be held liable for loans on redeveloped brownfield properties. “So the banks freaked and stopped financing anything that had a whiff of contamination,” Gerrard recalls.

By 2002, however, Congress had amended the law, with the passage of the Brownfields Act, to reduce such liability. With the risks partly contained, insurers and banks soon returned to the market. Only time will tell if what’s past is also prologue.

John Ettorre is an Emmy-winning writer based in Cleveland, Ohio. His writing has appeared in many publications, including the New York Times, U.S. News & World Report and the Christian Science Monitor.