Chile has an unequal distribution of water in its territory; the water legislation, however, is the same for the whole country.

The scarcity and drought have had a strong presence in recent years. A recent study has argued that the current drought could be termed a “mega-drought” because it has affected the country for the last five years, causing harmful effects. These conditions have led to an increase in conflicts over water, especially between the water rights owners/holders and the administrative authority.

In this context, there are new elements in the discussion because some bills that seek to change the current model of allocation and management of water in Chile have been presented. These changes would include amendments to the Water Code of 1981 and the Political Constitution. They’re currently being discussed in the Parliament, so it is not a closed issue yet.

The substantial basis of Chilean water law are as follows:

Water is considered a "public good."

It is a national good for public use, in the words of Chilean lawmakers, and that condition is explicitly set out in the Water Code and Civil Code.

There are two ways to regard the original allocation of water rights.

First, related to the public character of water and the general rule in theoretical terms, is the administrative act of the competent public authority (called “Dirección General de Aguas”). The second, and most important in practical terms, is the legal recognition of customary water uses, which must meet certain legal requirements (mainly be pre-Water Code of 1981). In the latter case, there is a regularization or adjustment process, intended to obtain the registration of water rights in civil and administrative records. After this code, all new water rights arise through the administrative act.

Once the water rights are granted, they form part of the heritage of its owners.

Thus, they are private property and can be freely transferred; the holder doesn’t have the obligation to effectively use water; they’re granted without time limitation or in perpetuity, and there is no link between the water right and a specific destination of the resource, so the holder can freely change that destination. These aspects are currently being discussed in the context of reforming the Chilean Water Law. In particular, the water market could be severely restricted; the effective use of water would be required (no use would cause the expiry of the right); and water rights would be granted for a limited period of time, not in perpetuity.

Water is managed in two ways.

The administrative authority manages the resource in a centralized way (its main functions are the allocation of new water rights, the maintenance of a data or information system on water, and the authorization for some process relating to exercising of water rights, among others); and the water-user organizations, which have a private nature and are formed by water rights holders who manage water in a decentralized way. There are three types of water-user organizations: water communities, canal associations and supervisory boards (in Spanish, “Juntas de Vigilancia”); the latter is the most relevant instance of self-management or self- government in the Chilean water system. The supervisory boards have the primary function of managing all waters of the basin (surface and groundwater) and distributing the quantity of water that each water right holder can use in every season. 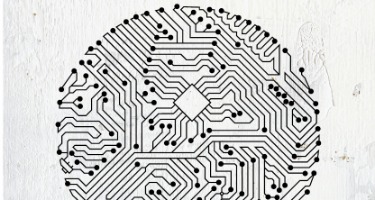