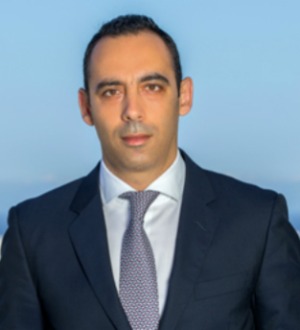 The UK’s exit from the EU at the end of March 2019 changes the world balance within both political and economic systems. If you are involved in doing international business in any way, you may have a number of questions and concerns in this respect. In this article we will try to predict some possible problems which may arise in connection with Brexit and suggest some ways of resolving them.

Now we are observing a transition period of 2 years accompanied by uncertainty. International companies have initiated relocation of financial resources and employees to other EU countries and are, thus, leaving the UK. For this reason, it is necessary to conduct constant analysis and mitigate all the risks. The first step with respect to such risks is their identification.

Which business is/are at risk from encountering negative impact as a result of the UK leaving the EU?

Those businesses trading mainly with the EU countries (and otherwise working in the EU after Brexit) are currently concerned about the possible risks of the UK withdrawal from the EU as this type of business in particular is subject to the greatest risk and expected to suffer the most. Those companies that trade with companies outside the EU bear less risk, though it exists too. For instance, the contracting parties of your counterparts outside the EU may be subject to the so-called domino effect especially in the automotive, chemical and financial services industries. A car dealership chain may serve a good example: cars produced in the UK may contain parts produced in the EU and vice versa. In turn, this will mean an increase in prices of end products and services, which will definitely influence the entire supply chain. This is one of the reasons why some UK based companies are moving to the EU.

Which potential problems may your business encounter with respect to Brexit?

Firstly, the UK may adopt a decision to stop complying with the rules and regulations of the EU. The country may decide on an individual basis what is of benefit to its economy and vice versa. The British authorities are expected to maintain existing EU rules and regulation to provide uniformity for international business. However, nobody can guarantee that. On the other hand, the chance to obtain dual citizenship, double regulation and even double taxation also exists.

Another important point for business is taxation. In general, experts predict an increased workload for business (for instance, additional custom duties, additional taxes, increased logistic and other expenses etc.). With respect to taxes it should be mentioned that an increase in existing taxes and/or introduction of new taxes is a possible scenario in the future. In particular, a big question arises with respect to VAT as the UK currently operates in accordance with the European standard. It is uncertain whether the country will preserve it or implement its own new standard. We can only mention that all introductions could well turn out to be a surprise for business owners in the UK and their counterparts in the EU and beyond.

A possible additional implication of Brexit is the loss of access for UK companies to the single free trade market. The UK is expected to lose the benefit of EU trade agreements with non-EU nations. It is difficult to predict whether access to this market will be restricted, and, if so, whether for business it will mean rising taxes, duties and other costs and expenses and big losses for the country’s economy in general. In the 2 year transition period, the UK is expected to negotiate free trade agreements with the EU and other countries, though which existing terms will be retained in the new agreement is another hardball question.

The questions of the impact of Brexit to English law and currency fluctuations should be mentioned separately. The principle of supremacy of EU legislation over the national legislation will be repealed and all the laws and regulations affected by the fact will be reviewed. Brexit has already led to a significant fall in the value of Sterling against certain key currencies, including the US dollar.

To sum up, we can definitely say that Brexit has resulted in significant political, legislative, economic and market uncertainty. It will be important to monitor events closely and consider its impact on the future of your business. It may be even necessary to take vigorous actions, for instance, moving a company to another EU country. Why not to Cyprus?

What are the advantages of relocating your business company to Cyprus?

There are many undeniable advantages which make Cyprus an excellent destination to relocate your business from the UK and to avoid any negative implications of Brexit.

How to relocate your business company to Cyprus?

Relocation of your business to Cyprus can be done through the procedure of re-domiciliation. The procedure is governed by the Company Law of Cyprus, Cap. 113 and a set of respective regulations and enables the relocation of the company both to, and from, Cyprus. This process is quite simple and clear, and the list of documents to be submitted for relocation is short. You are not required to wind up your company in the country of its origin, though this option is also available. Along with the application for relocation you should provide the Cypriot authorities with copies of constitutional documents, certificate of good standing (or equivalent document), the resolution adopted by the management bodies of your company to move a company to Cyprus; list of current shareholders/members and directors; affidavit issued by a duly authorized director or representative of the foreign company confirming the financial good standing and solvency of the foreign company, and certain other documents.

Planning will help put businesses in the best possible position in the future months of uncertainty. To prevent all possible risks and to mitigate your losses, it is reasonable to consider possible options. One of the solutions that is advised is relocation of your business to Cyprus. This step will help you protect your business from any potential fluctuations and uncertainty. We are always ready to provide you with professional legal advice with respect to all the potential risks of Brexit, ways of mitigating risks, the process of company migration from the UK to Cyprus and to provide further support for your commercial activities here.

To which jurisdictions do British companies prefer to relocate?

Along with Cyprus, some companies which intend to avoid any negative implications of Brexit find Malta and Ireland as well suitable jurisdictions to move their business. All three countries are highly recommended as they are members of the European Union, have a favorable taxation regime, a stable economy without significant economic collapses and double taxation treaties in place with over 60 countries of the world. Below you can find a short table showing the rates of the most common taxes in the above-mentioned countries for your own comparison.

Charity That Isn't So Charitable

Distribution of dividend by private and public companies in Cyprus

Pledging shares in Cyprus companies - security enforceable out of court

Securing Your Children’s Future with a Cyprus International Trust

Investment Funds in Cyprus – A Guide for Global Investors