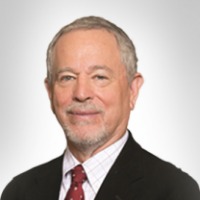 Donald Trump filed at least half a dozen libel cases in the course of his career, and he lost most of them. Apparently, he blames the nation’s libel law for his losses and for the press’ ability to make statements he does not like. It’s not surprising, then, that he threatened to radically alter those laws if elected president. Trump vowed during his campaign to “open up our libel laws so when they write purposely negative and horrible and false articles, we can sue them and win lots of money.” Trump wants to sue the media as they have “never been before.”

Can President Trump make good on his threat?

Can President Trump make good on his threat? Not likely. In this case, the “law” in question features the “actual malice” evidentiary standard that has governed public figure libel cases and protected the press since the Supreme Court’s 1964 decision in New York Times v. Sullivan. Under this standard, public figures must prove with convincing clarity that media defendants published defamatory statements about them with “knowledge of falsity or reckless disregard for .” Even plaintiffs that are not public figures have to prove actual malice in order to obtain punitive damages and often in order to obtain damages for presumed injury to reputation.

The actual malice standard is rooted in the First Amendment and was created by the Supreme Court. It cannot be dissolved by executive fiat or revoked by legislation. Any attempt by a president to unilaterally repeal or circumvent the standard under the guise of discretionary executive action would undoubtedly violate constitutional restraints on executive authority.

With Congressional approval, the president could theoretically appoint Supreme Court justices sympathetic to his views.

(Perhaps New York Times v. Sullivan will take a place beside Roe v. Wade as a primary subject in Senate confirmation hearings.) But even if he were able to install several such justices, it is highly improbable that the standard would be changed. In order to overturn New York Times v. Sullivan, the Supreme Court would have to take up a new case that addressed the same First Amendment issues and would have to stare decisis to reach a different result than set forth in the more than 50-year-old case that has been cited affirmatively in many subsequent Supreme Court decisions and thousands of lower court decisions.

The president could appoint like-minded federal judges in the hope that they would interpret the fact-intensive actual malice standard in a more plaintiff-friendly way at the trial court level. However, such appointments would have minimal effect as long as the actual malice standard is in place, particularly since the trial court’s decision on the issue is subject to rigorous review on appeal. Also, many defamation cases proceed in state courts, where the president has no power of appointment. Trump could urge legislators to refrain from enacting a long-debated federal version of state anti-SLAPP (Strategic Litigation Against Public Participation) statutes. If successful, this would simply maintain the status quo.

Of course, a constitutional amendment could change libel law. However, the likelihood of such an occurrence seems very remote. For example, Congress could propose an amendment under which public figures defamed on the Internet would be relieved of the obligation to prove actual malice. The proposal would first have to be approved by a supermajority and then ratified by three-fourths of the state legislatures.

In the end, it is doubtful that the president will succeed in changing defamation law significantly, although that may not stop him from trying.