What's Next for Network Neutrality? 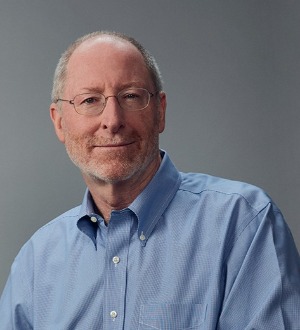 Back in the 1990s, getting online required a dial-up connection to an Internet service provider (ISP). Dialup had limited bandwidth, but getting into the business was easy: the ISP just had to buy equipment, upstream connections to the Internet, and connect through phone lines for incoming calls.

To overcome dial-up’s limitations, cable operators deployed cable modem service, and telephone companies deployed digital subscriber line (DSL) service. At that time, telephone companies had to offer DSL to competitors, but cable operators didn’t have to share their networks. Dial-up ISPs, desperate for higher bandwidth, pressed for access to cable networks. The issue came to a head in 2002 when the FCC said cable broadband was an unregulated “information service,” not a “telecommunications service,” so no access was required. The Supreme Court agreed in 2005, and the FCC promptly extended the ruling to DSL.

At that time, the FCC issued an “Internet Policy Statement” setting out the basic ideas of net neutrality: unfettered access to all lawful content; the ability to run any lawful applications; and the ability to connect devices that don’t harm the network. The problem was that the FCC had just declared broadband to be unregulated. Where did it get the authority to impose obligations—even just “policies”—on an unregulated market?

Answering that question took 10 years. The D.C. Circuit rejected one FCC legal rationale after another, even as the agency refined and expanded its rules. Finally, in 2015, the FCC reversed its earlier view and held that broadband was a regulated telecommunications service. This provided clear authority to establish network neutrality rules. The D.C. Circuit accepted that decision and approved the FCC’s rules in June 2016.

Treating broadband as a regulated telecommunications service was hugely controversial; both Republican commissioners—Commissioner O’Reilly and now-Chairman Pai—dissented. Chairman Pai has now said he wants to step back and impose only “light-touch” regulation on broadband ISPs.

When control of the FCC shifts from one party to another, it’s natural for the new chairman to pursue a new regulatory approach. So it’s no surprise that Chairman Pai, as a general matter, wants to regulate less heavily. The question is: how will he go about it?

One possibility is to leave the existing legal regime, broadband classified as a telecommunications service, in place while rolling back specific regulatory obligations. For example, the FCC has already exempted small ISPs from some obligations under the rules and has stayed the controversial privacy rules for broadband ISPs. Notably, the current rules already formally “forbear” from applying large swaths of telecommunications regulations to broadband ISPs, and the Pai FCC could choose even greater forbearance.

Another possibility is to go back to viewing broadband as an information service and impose scaled-back regulations using a provision of the law known as Section 706, which the FCC tried to rely on before. The challenge would be that the D.C. Circuit has held, in effect, that Section 706 does not support imposing the core net neutrality obligations—no blocking of, or discrimination against, lawful content—on information service providers. In fact, this ruling is likely what drove the FCC to treat broadband as a telecommunications service in the first place. Chairman Pai may be able to find some viable “light touch” net neutrality rules that would work under Section 706.

Still another possibility is to go all the way back to the original approach from 2005: to simply articulate “policies” that the FCC expects to be respected, even if they are not formally enforceable. This might work because, in 2017 as opposed to 2005, we know that the courts will accept regulating broadband as a telecommunications service. With a highly credible threat of potential regulation in the FCC’s arsenal, this might be enough to accomplish Chairman Pai’s light-touch regulatory objectives.

Nobody knows yet what the new chairman will do. But everyone is watching him closely.