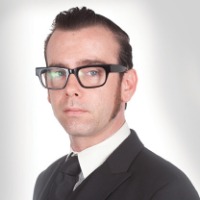 Many businesses let out a sigh of relief after a federal judge issued a preliminary injunction2 halting the U.S. Department of Labor’s (DOL) final rule increasing the minimum pay requirements for exempt executive, administrative, and professional employees. The preliminary injunction was issued about a week before the rule was scheduled to take effect on December 1, 2016. The preliminary injunction effectively maintains the status quo under the federal Fair Labor Standards Act (FLSA), which requires that these employees be paid at least $455 per week to maintain their exemption from the FLSA’s minimum wage and overtime requirements.

However, under the halted final rule, the federal minimum weekly salary required for white-collar employees would have increased from $455 to $913 per week (or from $23,660 to $47,476 annually), exceeding any applicable state rate. In other words, if employers went ahead with salary adjustments in anticipation of the (now enjoined) federal rule, they likely would be in compliance with corresponding state laws. However, if the same employers decide to wait and see what transpires with the final rule before making wage adjustments, they should consider whether current salary levels for their exempt employees satisfy state law requirements.

Additionally, because many state and local minimum wage rates steadily have increased—and will continue to do so—employers should be mindful of jurisdictions in which white-collar employees are entitled to be paid the state’s minimum wage (which is not required under federal law).3

PAY REQUIREMENTS THAT EXCEED $455 PER WEEK

Under the DOL’s final rule, the minimum pay requirement for white-collar employees was to be $913 per or $47,476 annually. Because these requirements would have exceeded any equivalent state rate, paying the minimum federal rate essentially would have satisfied an employer’s pay obligations nationwide. But given the injunction against the regulations, for now, the $455 per week ($23,660 per year) standard will continue to apply; thus, employers must ensure the pay provided to , administrative, and/or professional employees meets or exceeds the baseline requirement under federal and state law.

Employers in Alaska and California are no strangers to dual compliance because both states’ laws have required pay exceeding the federal rate for some time. Laws in these jurisdictions require white-collar employees be paid at least two times the state minimum wage for a 40-hour workweek, and these states have steadily increased their minimum wages. There are other states that link exempt employee pay to the state minimum wage—for example, Colorado, Maine, and Oregon. However, only recently has this become an issue for employers. Previously, the state weekly pay requirement was less than the federal $455/week pay requirement. Notably, all three states have scheduled multi-year minimum wage increases—through 2020 for Colorado and Maine and through 2023 for Oregon—and eventually, their minimum wages will adjust annually, too. As a result, the 2017 Maine weekly rate will exceed federal requirements; Colorado’s weekly rate might exceed the FLSA standard in 2017; and depending on an employer’s location in Oregon, the state weekly rate may surpass $455 per week in either 2018 or 2020.

Because many state and local minimum wage rates steadily have increased—and will continue to do so—employers should be mindful of jurisdictions in which white-collar employees are entitled to be paid the state’s minimum wage.

Like in Alaska and California, employers in New York must also manage higher pay requirements. But compliance for New  York employers now has become more challenging due to an April 2016 law that amended the state minimum wage law to create four new rates based on an employee’s work location and/or the size of an employer’s workforce. This law also schedules minimum wage increases into the 2020s. Moreover, in late December 2016, the New York State Department of Labor adopted amendments to its wage orders that assign different minimum pay requirements for white-collar employees, depending on which minimum wage rate applies. The changes took effect on December 31, 2016.4

Finally, before 2004, federal law applied two tests for each exemption: a “long” test with more strenuous duties requirements and a “short” test with a greater minimum pay requirement. Some states, however, including Connecticut and Iowa, did not eliminate their two-test system, and their short tests require a minimum pay amount that exceeds the FLSA standard.

Under the FLSA, executive, administrative, and professional employees are exempt from the law’s minimum wage and overtime requirements. However, numerous states’ laws only exempt these employees from their overtime laws, not their minimum wage laws. Accordingly, in these locations, employees are entitled to receive their state’s minimum wage. This has not been a major concern for employers because many of these states’ rates were at, or only slightly above, the federal $7.25/hour minimum wage, so an employee would need to work a considerable number of hours in a particular week before a violation hypothetically could occur. Although this remains true in many states that do not exempt white-collar employees from the minimum wage, other states (and cities and counties) have set their minimum wage rates well above the federal rate or have built-in multi-year minimum wage increases followed by an annual adjustment—e.g., Massachusetts, New Jersey, and Chicago, Illinois. Therefore, in these locations, an executive, administrative, or professional employee’s pay must meet the minimum salary and/or fee payment requirement and equal at least the minimum wage for all hours worked in a workweek.

Now that employers have some breathing room with respect to the delayed implementation of the federal white-collar overtime requirements, they should consider using this opportunity to examine state wage and hour law to ensure continued compliance with local requirements.

1 This article has been reprinted with the firm’s permission. https://www.littler.com/publication-press/publication/federal-overtime-rule-injunction-calls-state-level-attention © 2017 Littler Mendelson. All Rights Reserved. LITTLER MENDELSON® and Insight® trademarks of Littler Mendelson, P.C.

3 For a discussion about minimum wage rates in 2017, see Josh Kirkpatrick and Sebastian Chilco, The Minimum Wage in 2017: A Coast-to-Coast Compliance Challenge, Littler Insight (November 18, 2016).