When Artists Disavow Their Work 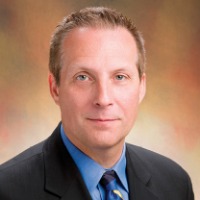 All artists edit their oeuvres, destroying works they deem to be inadequate before the works can leave the studio. Louise Bourgeois,1 Francis Bacon,2 Gerhard Richter,3 Pablo Picasso, and Luc Tuymans4 all destroyed some of their own works in this editing manner. But what about an artist disavowing his or her work, sometimes not only after it has left the artist’s studio? Public—and collector—acceptance of the right (and the propriety) of an artist making such a disavowal is less universal.

The artist Cady Noland has disavowed several of her works.5 In November 2011, she disavowed her 1990 silkscreen on aluminum, “Cowboys Milking.” The work was consigned by its owner to be included in an auction. Noland viewed the work and noted that the corners of the aluminum support were bent and damaged. She disavowed the work, stating that the work’s “current condition…materially differs from that at of its creation.” The auction house withdrew the work from the auction, and the owner sued both the auction house and the artist. The court held in favor of the defendants, finding that the auction house’s consignment agreement gave it the right to withdraw the work from sale if concerns about the work’s authenticity or attribution arose.6

In 2015, Noland disavowed her 1990 sculpture “Log Cabin with Screw Eyes and Café Door.”7 It was designed to be displayed and exposed to the elements, the wooden sculpture suffered significant deterioration and was conserved. However, conservation was done without consulting Noland and without her consent. The reconstructed work was sold. Noland, learning of the repairs, faxed the buyer a handwritten note that stated, “This is not an artwork repaired by a conservator [sic] BUT THE ARTIST WASN’T CONSULTED.”8 The buyer sued the seller and the buyer’s own art advisor for breach of contract and breach of fiduciary duty, respectively. The art advisor sought dismissal of the case, asserting that no fiduciary duty existed between the advisor and the buyer. The court agreed and dismissed the case against the advisor. The court also dismissed the case against the gallery since the buyer had failed to serve the complaint on the gallery, which was in Berlin.9

Continental European art law has long recognized a variety of “moral rights” (in contrast to the economic rights that most copyright law addresses).10

These moral rights are personal to the creator of a work and cannot be assigned.

Particularly under and German law, certain moral rights are perpetual and are passed down from artist to heirs by inheritance. As a consequence, an artist’s moral rights in these countries continue to be relevant, limiting a collector’s ability to have a work conserved, and in some instances loaned or exhibited, long after the artist’s death. That is unless, of course, the artist’s heirs agree to such conservation, loan, or exhibition.

The Visual Artists Rights Act of 1990 (VARA)11 incorporated into U.S. copyright law two of the four “moral rights” that have long been part of continental European art law: the right of attribution (which entitles an artist to be recognized as the creator of a work and conversely not be associated with works the artist did not create) and the right of integrity (which allows an artist to disavow works that have been damaged, altered, or mutilated in a manner that would be harmful to the artist’s reputation). Rights under VARA are more limited than those under traditional moral rights law; they are limited to the life of the artist, and they cannot be assigned or devised. They can, however, be waived.

Artist disavowals of their work are rare, but collectors and their advisors need to be aware of this risk and of the existence and meaning of artists’ moral rights in order to properly care for, and when necessary, conserve works of living artists (and under the laws of some countries, long-dead artists) in their collections. In addition to potentially causing an artist to disavow a work (with a corresponding loss of value and marketability), the unauthorized modification or mutilation of a work can also give rise to liability for damages, statutory penalties, and attorney’s fees. Collectors own and enjoy the artworks in their collections, but they are also the custodians of those works and their artists’ reputations and places in history.

2 Rebecca Daniels, “Francis Bacon: Behind the Myth,” The Telegraph, August 16, 2008, available at http://www.telegraph.co.uk/culture/art/3558531/Francis-Bacon-behind-the-myth.html