The Profit in Nonprofits

Volunteer organizations are the lifeblood of the legal profession. Their model ought to be embraced by all. 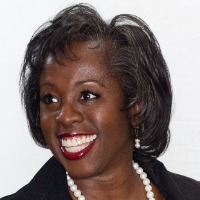 Most lawyers can tell you their “aha moment”—the instant they knew that becoming a lawyer was what they wanted to do more than anything. (This often entailed watching “Perry Mason,” “L.A. Law,” “Boston Legal,” “Law & Order,” or whichever show was popular when the reminiscing barrister was most impressionable.) Those TV dramas inspired many to go to law school and make a living helping people resolve their legal disputes. How many lawyers, though, would tell you that starting a nonprofit organization was their primary source of career inspiration?

In 1987, a group of young African-American lawyers including former judge Ann Williams, Z Scott, Veda Britt-Handy, Mercedes Lang, Ertharin Cousin, and started the Black Women Lawyers’ Association. In all, we numbered about 20 founding members; our animating purpose was to create a lasting organization to raise money and provide scholarships to young African-American women in law school.

There weren’t many at the time. Nor were there many black female lawyers in Chicago, where the BWLA was founded. Who knew that the group we started would one day support not only young black women but also men? Who could have imagined that it would become a preeminent place for young lawyers to obtain invaluable mentoring and sponsorships? Or that it would produce some of Chicago’s top civic leaders? The experience gained volunteering for and supporting various initiatives of the BWLA was enormously influential in my career, as well as many others’. We planned events and orchestrated seminars alongside other nonprofits such as the Chicago Bar Foundation and Clara’s House, a South Side shelter for homeless women. It was difficult to manage our day jobs and the rigors of these volunteer efforts, but we did it. We were determined to help one another grow and succeed—and the BWLA was the root of it all.

Another nonprofit that sprung to life in Chicago around the same time was Just the Beginning Foundation (now known as Just the Beginning—A Pipeline Organization). I currently chair its board, which includes such notables as Brett Hart, GC of United Airlines; Sharon Barner, GC of Cummins; Robert Bahrampour, SVP and assistant GC of Bank of America; Sylvia Stein, GC of Modine; and Christine Seppala, GC of Strategic Staffing Solutions. It’s thoroughly rewarding to promote and support programs designed to introduce seventh- and eighth-graders to professions in the law. To help ensure minority participation in the legal profession, JTB-APO serves students in high school, college, law school, and beyond, offering scholarships, mentoring, sponsors, and connections they might not otherwise be able to access. The group’s executive director, Antonette Smith, frequently requests our time and attention to a variety of the group’s programs, and we’re more than willing to participate. It’s so gratifying to see the spark lit in the eyes of JTB Scholars who then move through the pipeline to become lawyers. We’re all happy to spend an extra hour or so with a curious young or donate a few extra dollars to a scholarship fund, to make sure students have internships and graduate on time.

Why is this all so important? Because nonprofits like these keep the legal profession going. It’s hard to run a practice, interview witnesses, write briefs, and then dedicate after-hours time to a volunteer organization, but someone has to do it. In fact, I’d submit that all lawyers ought to do it. Giving back is the noblest thing we can do. There will always be a societal need for lawyers, after all, and it’s incumbent on all of us to be sure new ones are in the pipeline at all times.

I believe it’s every bit as important to have lunch with a budding law student, say, as to participate in a bar-association function. It’s just as vital to donate time, , and money to a cause as it is to defend a client. Those in our profession must participate in nonprofits to help shape the future.

It’s not that simple, you say? You’re right. It’s tough. We all have just 24 hours in the day, though we all need 40 or so, especially in today’s always-on, always-reachable climate. My daily decisions often boil down to “should I do this one thing, or these three others?” Prioritizing is therefore important—and the nonprofits I’m involved with are almost always at the top of my list. Can you say the same?