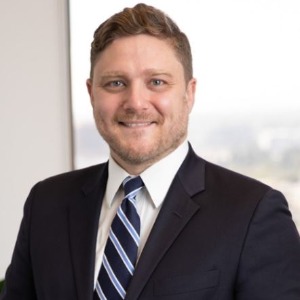 Attorney R. Brent Wisner is a senior shareholder and the vice president of Baum Hedlund Aristei & Goldman, a nationwide law firm based in Los Angeles, California. He focuses his practice on holding negligent and sometimes malicious corporations accountable through pharmaceutical product liability, toxic torts and consumer fraud and class action litigation. One of the firm’s leading trial lawyers, Brent oversees the mass tort litigation department. He is actively involved in all litigation stages, from briefing to trial and through the appeal process when necessary.

He is passionate about vindicating the rights of those harmed by corporate wrongdoing. No matter how large the corporation or how much global influence it has, Attorney Wisner never backs down in the face of injustice. He has litigated cases against such companies as Bayer, Eli Lilly, Forest Labs, GlaxoSmithKline, Monsanto and Takeda.

A Key Force in the Monsanto Roundup Cancer Trials

Attorney Wisner’s work on the Monsanto Roundup litigation earned him national acclaim as the youngest United States attorney in history to ever win a multi-billion-dollar jury verdict. In 2019, Brent and his team won a historic $2.055 billion verdict against Bayer (formerly Monsanto) for a California couple that alleged repeated exposure to Roundup weed killer caused them to develop non-Hodgkin’s lymphoma.

A year prior, Brent and his team won the first Roundup case to proceed to trial, a landmark $289 million jury verdict for a California man who developed non-Hodgkin’s lymphoma after years of spraying Roundup as a groundskeeper.

Many major legal organizations have recognized Brent and showered him with numerous awards honoring his achievements in the Roundup cancer litigation. Some of his top awards include, Law360 MVP of the Year 2020, Daily Journal Top 100 Lawyers in California 2020, ALM and the National Trial Lawyers’ 2019 Civil Plaintiff Trial Lawyer of the Year, the National Law Journal’s Winning Litigators Titans of Industry 2019 and Trial Lawyer Magazine America’s 50 Most Influential Trial Lawyers 2019.

When the firm learned of a widow whose husband died by suicide while taking the generic version of Paxil, Attorney Wisner and his colleagues at the firm took on GSK for inadequately warning doctors about how the drug could increase the risk of suicidal behavior in adults of all ages. In 2018 the National Law Journal honored Attorney Wisner and his firm as Elite Trial Lawyers for their work in the generic Paxil suicide case and Law360 awarded him Titan of the Plaintiffs Bar.

His work in pharmaceutical litigation does not stop at harmful antidepressant medications. Attorney Wisner is one of the nation’s leading Zantac (ranitidine) attorneys. He represents many thousands of people throughout the country who allege Zantac (ranitidine) contains a cancer-causing ingredient at levels exponentially higher than the U.S. Food and Drug Administration’s (FDA’s) legal limit.

The judge presiding over the Zantac multidistrict litigation (MDL) appointed Brent to the Practices and Procedures Team to establish protocols for handling the thousands of cases to come. Attorney Wisner also serves as the American Association for Justice (AAJ) Zantac Litigation Group Co-Chair.

Often chosen as one of a select group of remarkable trial lawyers with victories in high-stakes matters, Attorney Wisner is grateful for the many awards and accolades he has won in the early stage of his career. Not yet in his 40’s, Brent is viewed by many in the legal community as one of the country’s leading mass tort lawyers. The National Law Journal and VerdictSearch inducted him into the Verdicts Hall of Fame in 2020.

Just a portion of his recognitions from the past few years include the following:

At Georgetown, Attorney Wisner was a participant in the Coro Fellowship, which proved to be a formative experience. As a fellow, he was able to work on numerous projects aimed at improving communities with the help of labor unions, Fortune 100 companies, non-profits, and local and federal governments. When he returned home for summer breaks, he worked at the U.S. Attorney’s Office in its civil fraud division and as a summer associate at Paul Hastings.

While in law school, Brent interned at the Institute on Religion and Public Policy, where he drafted testimony, affidavits, and declarations for human rights cases. He penned a resolution on the imprisonment of outspoken human trafficking critic Sigma Huda, which passed in the House of Representatives. Brent was also intensely involved in the Georgetown Law Trial Advocacy Program. He earned the title of being one of the institution’s most successful mock trial advocates and ended up serving as its managing director.

Before joining Baum Hedlund Aristei & Goldman, Attorney Wisner clerked for the Honorable Helen Gillmor in the U.S. District Court for the District of Hawaii, where he worked on several criminal and civil jury trials and gained invaluable appellate court experience when the judge sat on the U.S. Court of Appeals for the Ninth Circuit.