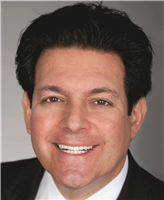 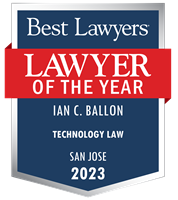 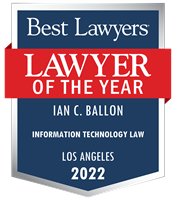 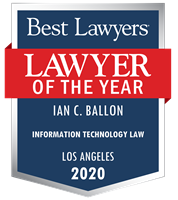 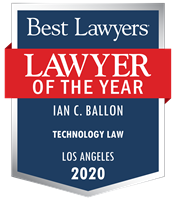 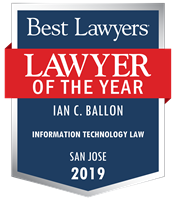 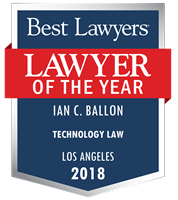 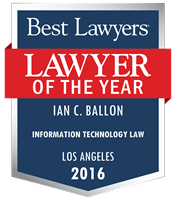 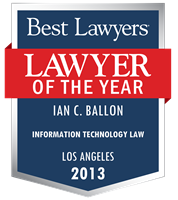 Ian Ballon is an intellectual property and Internet litigator who represents clients in copyright, DMCA, trademark, trade secret, right of publicity, privacy, security, software, database and Internet disputes and in the defense of data privacy, behavioral advertising and other Internet-related class action suits.

Mr. Ballon, who splits his time between the firm's Silicon Valley and LA offices, is the author of the four-volume legal treatise, E-Commerce and Internet Law: Treatise With Forms 2d Edition, Thomson West 2012 Cum. Supp. and the earlier first edition, which has been cited in state and federal court opinions. He is also the author of The Complete CAN-SPAM Act Handbook (West 2008) and The Complete State Security Breach Notification Compliance Handbook (West 2009). In addition, Mr. Ballon serves as Executive Director of Stanford University Law School's Center for E-Commerce and previously served as an Adviser to the American Law Institute's Intellectual Property: Principles Governing Jurisdiction, Choice of Law, and Judgments in Transactional Disputes (ALI Principles of the Law 2007).

In 2009, Mr. Ballon also was recognized by the Los Angeles and San Francisco Daily Journal for obtaining the third largest plaintiff's verdict in California in 2008 in MySpace, Inc. v. Wallace (over $230,000,000), which was one of a number of cases in which he and his team created new law applying the CAN-SPAM Act to social networks, construing California's anti-phishing statute and enforcing provisions in Internet Terms of Use agreements.

Mr. Ballon is admitted to practice in California, the District of Columbia and Maryland and before the U.S. Supreme Court and has been elected to membership in the American Law Institute. He also holds a C.I.P.P. certification from the International Association of Privacy Professionals.

507 The Best Lawyers in America® awards

227 Best Lawyers: Ones to Watch® in America awards