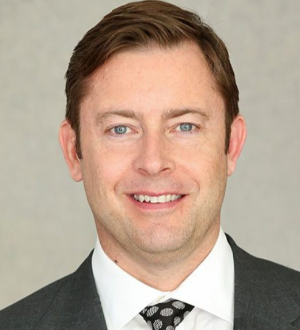 Conal Doyle is an award winning trial lawyer who has received national recognition for his courtroom victories that have had broad reaching impact on society. He is one of the few attorneys in history to argue before the United States Supreme Court and obtain multiple seven and eight figure jury verdicts.

For example, he received the 2012 California Lawyer of the Year (CLAY) Award in Human Rights, and the 2011 Trial Lawyer of the Year Award from the Consumer Attorneys Association of Los Angeles (CAALA). He has been listed in both Best Lawyers in America and Super Lawyers for the past nine years, and his courtroom victories have been chronicled in newspapers around the world, including a piece on the CBS news magazine "60 Minutes."

Conal's reputation as one of the finest trial attorneys in America was further cemented with two stunning back-to-back verdicts in Kern County, California, one of California's most "conservative" jurisdictions.

The foundation of this success is a passion for justice and a commitment to client service. Conal was born without his right leg, and like many of his clients, has overcome great obstacles and endured daily struggles. These experiences provide him a unique insight into his clients' challenges, and help him guide his clients through difficult times.

Conal is well known as an advocate for amputees in injury and bad faith insurance claims. His article, "Glimpsing the Future for an Amputee," is used as a guide for litigating limb loss cases by attorneys across the country.

Conal has never backed down from a challenge or started a fight that he couldn't finish. When he isn't challenging corporate giants in the courtroom, Conal enjoys skiing the rockies, a remnant from his past as an alpine ski racer.