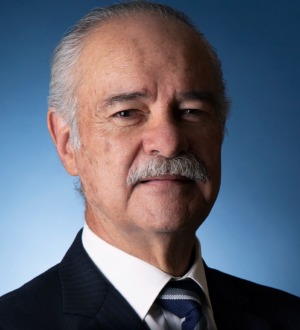 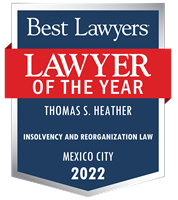 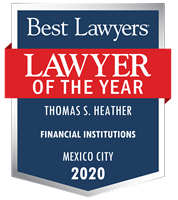 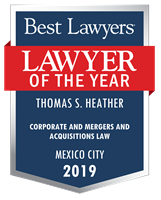 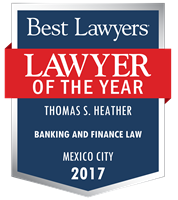 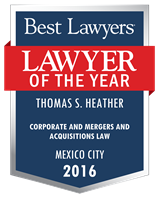 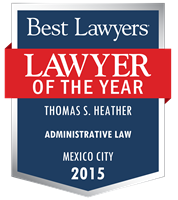 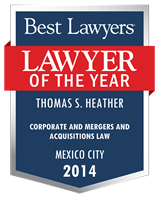 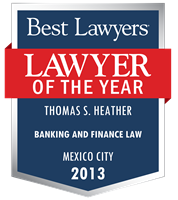 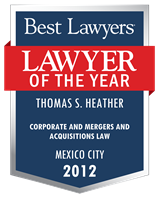 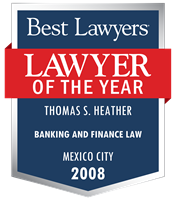 Thomas S. Heather is Of Counsel of Creel, Garcia-Cuellar, Aiza y Enríquez S.C., and actively participates in the restructuring, arbitration and corporate governance areas of the firm.

Mr. Heather obtained his law degree from the Escuela Libre de Derecho in 1978 and in 1979 he obtained his Master of Laws degree with a major in Financial Law (MCJ) from The University of Texas at Austin. Mr. Heather joined Creel, Garcia-Cuellar, Aiza y Enriquez S.C., in 2021. Prior to joining the Firm he consolidated a multidisciplinary career of more than 40 years during which he was a founding member of the International Insolvency Institute, was a co-founder and president of the Mexican Institute of Mediation and of the Financial Law Committee of the Mexican Bar Association; he is an international fellow of the American College of Bankruptcy, and also a member of the Mexican Academy of Arbitration and of the Best Practices Committee of the Business Coordinating Council (CCE).