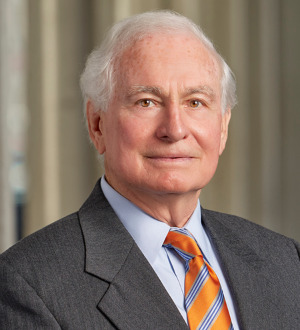 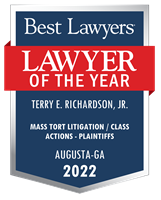 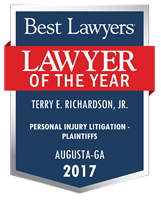 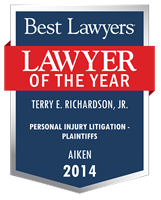 Terry E. Richardson Jr. is one of the pre-eminent plaintiff attorneys in the southeastern United States.

While many other lawyers operate within a single practice area, Richardson is a consummate litigator who represents individuals, governments and businesses on a wide range of legal matters. His intellectual curiosity has led to much success in his legal career on cases ranging from catastrophic personal injury to products liability, securities fraud and class actions.

From agrarian roots in Barnwell, South Carolina, he built one of the most sophisticated and respected law firms in the region.

As a child, Richardson helped his father grow and harvest crops on the family farm. That hard work and exposure to operating a business, led him to Clemson University, where he graduated with a bachelor’s degree in economics and a master’s degree in management and operations research.

He was a systems engineer for IBM before being directly commissioned into the United States Army during Vietnam to work on computerized logistical systems in Virginia and Thailand. He returned to civilian life and took a job at Wilbur Smith & Associates in Connecticut, where he assisted governments with revenue financing bonds for airports and toll roads.

Richardson entered the University of South Carolina School of Law in the fall of 1971. He was editor-in-chief of the South Carolina Law Review from 1973-74.

Richardson went to work for Blatt & Fales after law school, becoming just the fifth attorney at the firm. He was blessed to work with famed South Carolina attorney and politician Sol Blatt Sr. for 12 years. In the 1970s, Richardson and the firm pioneered asbestos product liability litigation, and the firm pursued thousands of cases throughout the country.

Following the addition of retired S.C. Supreme Court Chief Justice Julius B. Ness in 1988, the firm changed names to Ness, Motley, Loadholt, Richardson & Poole. Richardson managed the firm during a period of dramatic expansion. By the early 2000s, it had grown to employ 75 attorneys and hundreds of support staff throughout the country. After the firm achieved the landmark Tobacco Master Settlement, four of the six shareholders left to create Richardson, Patrick, Westbrook & Brickman.

Richardson has served his state and the legal profession by holding leadership positions on many endeavors, including chairman of the board of directors of the Nature Conservancy. He has won numerous accolades, including the Compleat Lawyer Award from the University of South Carolina School Law School Alumni Council and Advocate of the Year from the S.C. Appleseed Legal Justice Center. His peers recently named him one of the Top 10 attorneys in South Carolina in the 2016 edition of Super Lawyers.

Richardson has been married to his wife, Gail, for more than 46 years. They still live in the Barnwell home they bought at the beginning of Terry’s legal career. The couple enjoys spending time at Edisto Beach with their three children and 10 grandchildren. Terry also enjoys ski trips with his friends.

On January 6, 2005, two Norfolk Southern trains collided in Graniteville, South Carolina, setting off a chain of events that led to the deaths of nine people and injuries to at least 250 others. Richardson represented Avondale Mills, the company located at the collision site, in its pursuit of compensation from Norfolk Southern for damages to buildings, equipment and its ongoing business activities. The two parties entered into a confidential settlement in 2008 in what media outlets have described as being the largest single tort settlement in South Carolina history. Additionally, Richardson represented three of the people who died and many who were injured. He was class counsel for 5,000 people who were forced to evacuate from their homes.

The Electrocution of Manuel Salazar

In 2003, 24-year-old construction worker Manuel Salazar was standing next to a crane at the Lake Murray dam in South Carolina when the crane made contact with power lines. Salazar was electrocuted, causing the loss of both of his arms and legs. Richardson represented him, arguing successfully that Salazar could bring a personal injury lawsuit rather than just a worker’s compensation claim. The case was settled for a confidential amount of money, and is thought to be the largest personal injury settlement in South Carolina history. Salazar has shown such incredible determination and spirit in his recovery that Nike to outfitted him with computerized legs. He is married, has three children and started a business. e.

Richardson represented a family who had owned land for generations in Williston, South Carolina who were forced from their home by pollution from a neighboring refrigerator manufacturer. Heavy metals and other substances poisoned the family’s well. The company entered into a confidential settlement with the property owners and the land was eventually cleaned up as part of a Superfund project.