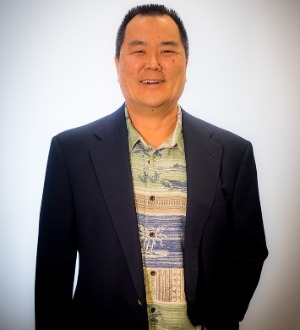 Terry is one of the most experienced real estate and restaurant attorneys in Hawaii and is a licensed real estate broker. In his roughly 40 years of practice, Terry has represented a "who's who" list of local and national developers, hoteliers, investors and entrepreneurs on a wide variety of Hawaii real estate acquisition, development, business, hotel and restaurant matters. Terry's current clients include Safeway, Inc., Parallel Capital Partners, Roy's Holdings, Inc., Outback Steakhouse, Inc., Ruth’s Chris Steak House, Diamond Parking, Inc., and Watumull Properties Corp.

Terry's extensive business experience allows him to bring a unique perspective to his legal practice. Terry co-founded several successful businesses in Hawaii, including the world-famous Roy's Restaurants, (www.royshawaii.com). Terry has served and currently serves as a director of several large Hawaii companies, including Gentry Pacific, Inc. (land ownership and investments) and Roy's Holdings, Inc. (the owner of Roy's Restaurants in Hawaii). Effective July 1, 2015 through December 13, 2020, Terry served as a member of the board of directors (appointed by the Honolulu City Council) that governs the Honolulu Authority for Rapid Transportation (HART) and was Vice Chairman. HART is a semi-autonomous public transit authority responsible for the planning and construction of the City's fixed guideway rail system. The capital costs of the initial 20 mile portion of the rail system is estimated to cost over $10 billion, exclusive of financing costs.

Over the years, Terry has developed close working relationships with all the major landowners and lenders in Hawaii, including Kamehameha Schools, James Campbell Company, Alexander & Baldwin, Weinberg Foundation, Bank of Hawaii, First Hawaiian Bank, American Savings Bank and Central Pacific Bank. Further, he enjoys a positive working relationship with all the major escrow and title companies doing business in Hawaii, including Title Guaranty of Hawaii, the title and escrow company that handles many of the large commercial real estate transactions in Hawaii.

Terry Lee was born and raised in Honolulu. He graduated from Iolani School and the University of Hawaii, where he obtained his B.A. in economics, with high honors, in 1977. Terry received his law degree from the University of California, Hastings College of Law, in 1980. Terry is a regular lecturer on Hawaii real estate matters and is a frequent continuing legal education panelist.

Outside of the office, Terry enjoys working out, spending time with his wife and family, and raising and riding horses at his small ranch in Waimanalo.

Routinely handle complex commercial real estate transactions, including assisting clients with development, entitlements, financing, leasing, structuring of agreements amongst principals, and purchase and sale. Additionally, I am recognized in Hawaii as the foremost attorney representing restaurants, both with day-to-day legal issues (other than labor law matters) and in advising clients who are opening new restaurants, including liquor license matters.