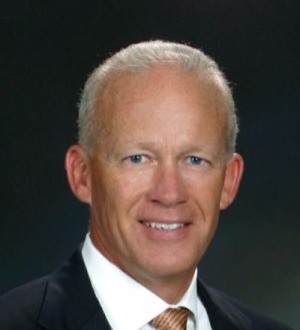 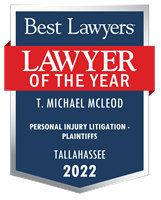 Mike McLeod was born in 1954 in Andalusia, Alabama. He graduated from Auburn University in 1976 and from the University of Alabama School of Law in 1979. At Alabama he won every award available for written briefs and oral argument during the annual Law Day Moot Court competition. After completing law school he returned home to Pensacola, Florida where he worked as an assistant public defender before joining the firm in 1984, becoming a partner in 1985.

Since 1987 he has been local counsel for the Florida Association of State Troopers. In 1988 he served as co-counsel in a landmark accidental death case which culminated in a record verdict, at the time, for the Gulf Coast. In recent years Mr. McLeod has obtained many of the firm’s multi-million dollar verdicts and settlements.

Mr. McLeod has an AV preeminent peer review rating with Martindale-Hubbell. He is a Florida Bar Board Certified expert in Civil Trial Law. He is a member of the Florida Justice Association, The Million Dollar Advocates, Law Dragon 3000, Leading Plaintiff’s Lawyers in America, 2011 Top Attorneys in Florida published by the Wall Street Journal and is recognized in The Best Lawyers in America.