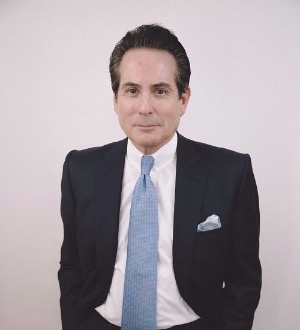 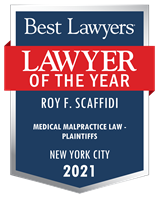 A graduate of both Fordham University and Fordham Law School, Mr. Scaffidi began his legal career representing corporations, physicians, hospitals and their insurance companies – an experience that proved invaluable as it provided him with insight into the strategies and techniques relied upon by his adversaries today. After achieving success as a member of the defense bar, Mr. Scaffidi realized, some 25-plus years ago, that his passion and talents could be better utilized by serving the unfortunate victims of acts of negligence and malpractice who, through no fault of their own, have had their lives substantially altered. The strength of Mr. Scaffidi’s trial preparation and courtroom work translates equally well to representing both corporate and commercial clients in all facets of litigation.

Mr. Scaffidi, over the years, has been consistently and repeatedly acknowledged by his peers as one of the pre-eminent attorneys in his field, as demonstrated by his AV rating in Martindale-Hubbell and his inclusion in The Best Lawyers in America®, New York Area’s Best Lawyers, and the nationally recognized SuperLawyers publications. In addition, Mr. Scaffidi is a Life Fellow in the exclusive, invitation-only American Board of Trial Advocates and he is a member in the National Register’s Who's Who in Executives & Professionals. Those accolades are certainly well-deserved, as Mr. Scaffidi has garnered verdicts and settlements in excess of $400 million for his clients.

Mr. Scaffidi is admitted to practice in the State and Federal Courts of New York as well as the Federal District Court in Connecticut. He has also successfully represented clients in Connecticut and New Jersey. Prior to his admission to the Bar, Mr. Scaffidi worked for the Bronx County District Attorney in the homicide division and at the Appellate Division, First Department. In addition to his active practice, Mr. Scaffidi previously served on the Board of Trustees of the St. Luke’s School, served on various Medical Malpractice Mediation Panels, and has lectured to other attorneys on trial practice and strategies.