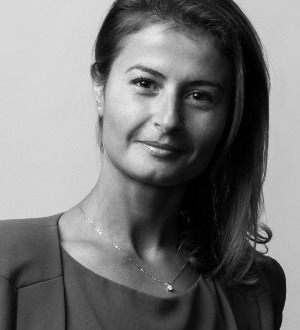 In 2016, after practicing animal law at a large downtown law firm for over a decade, Rebeka founded Breder Law - the first law firm of its kind in Western Canada that focusses exclusively on animal law. Rebeka takes on only those cases that help individual animals or that can advance animal interests under the law. Her cases include acting for individuals for the defence of dogs, strata disputes, pet custody, professional negligence claims (such as police dog shootings), as well as acting for animal protection organizations to challenge government laws or practices, such as the live export of horses for slaughter and the British Columbia Wolf Cull, as well as general animal law consulting.

Some of Rebeka's cases and legal opinions have changed the law and contributed to the legal evolution of animal protection in Canada. In 2019, Rebeka was named one of Canada’s top 25 most influential lawyers by Canadian Lawyer magazine, winning the Changemakers category. In 2008, Rebeka founded the first Animal Law section of the Canadian Bar Association in Canada and has been its chair ever since. In 2013, Rebeka was a founder of the UBC Animal Law course, where she has been an adjunct professor. She also recently taught animal law at Thompson Rivers University. Rebeka dedicates a lot of her time to animal protection causes, and she is a frequent lecturer, locally and internationally. You will also see Rebeka in local, national and international media, as well as canoeing and attempting to surf in BC waters with her family.