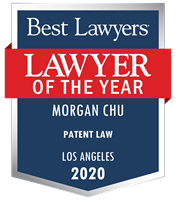 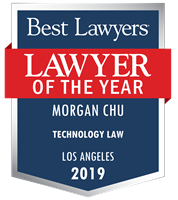 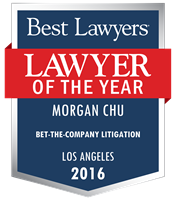 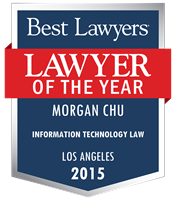 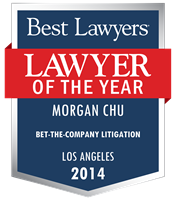 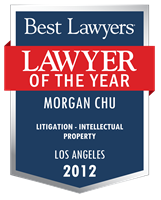 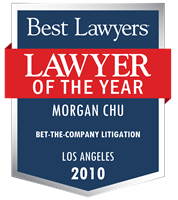 Mr. Chu is a partner of Irell & Manella LLP. He was named The Outstanding Intellectual Property Lawyer in the United States in the first Chambers Award for Excellence, 2006. Chambers has described Mr. Chu as “beyond doubt the most gifted trial lawyer in the USA,” who “delivers staggering results for clients.”

Mr. Chu was Co-Managing Partner of the firm for two terms from 1997 to 2003 and has been a member of its Executive Committee since 1985. He is presently Chair of the Litigation Group.

After law school, Mr. Chu clerked for the Honorable Charles M. Merrill of the United States Court of Appeals for the Ninth Circuit, joined Irell & Manella as an associate in 1977, and became a partner in 1982.

Mr. Chu was lead trial counsel in some of the world’s largest—and in some cases precedent-setting—verdicts, judgments and settlements, resulting in actual payments totaling over $5 billion, including:

City of Hope v. Genentech – The jury verdict was the largest damage award ever affirmed on appeal by California courts. More than $565 million was paid by the defendant. TiVo v. EchoStar, et al. – $1.6 billion in judgments and settlements including over $600 million paid by EchoStar after the jury verdict and post-trial proceedings;

Immersion v. Sony – After the jury verdict of $82 million, plaintiff was paid more than $150 million.

Mr. Chu was lead counsel for the defendant in one of the "Top Defense Verdicts" of 2010, Linear Technology v. Novellus Systems, in which Irell secured a unanimous jury verdict in favor of Novellus on all of the plaintiff's causes of action – including breach of contract and lack of good faith and fair dealing. Mr. Chu was also lead counsel for the alleged infringer in one of the “Top Ten Defense Verdicts for 2005,” Ultratech Stepper Inc. v. ASML, in which the jury found plaintiff’s patent invalid by clear and convincing evidence, and in Boole & Babbage v. Candle Corporation in the first trial involving a patent on computer software in 1986, where the jury also invalidated the patent.

by Morgan Chu and Rebecca Carson