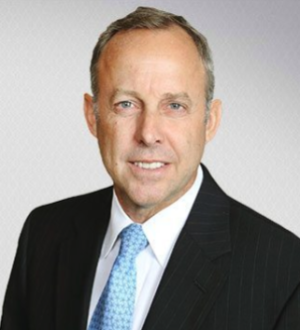 Navigate to map location for Kelly G. LaPorte Visit the website for Kelly G. LaPorte at http://www.cades.com/attorneys/laporte-kelly-g/
Your comment has been submitted!
We have encountered an error and are unable to process your comment at this time. Please refresh the page and try again later.
Add Comment
In making your comments, please do not refer to a pending legal matter.
Share My Profile
Post on Social

Mr. LaPorte, a former Airborne Ranger, is a partner in the Litigation Department of Cades Schutte and is a member of the firm's Management Committee. His practice focuses on civil trial and appellate matters, including the prevention, mediation, arbitration, and litigation of business, real estate, construction, employment, intellectual property, telecommunications, trust, school, and insurance disputes. He also is a member of the firm's Recruiting Committee, and frequently serves as an arbitrator. Mr. LaPorte has received the highest rating for legal abilities and ethical standards from Martindale Hubbell.

Mr. LaPorte has obtained substantial success for his clients in the following matters:

His reported cases include the following:

Citizens Against Reckless Development v. Zoning Board of Appeals of City & County of Honolulu

In Re Water Use Permit Applications (Waiahole)