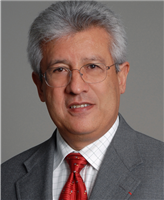 Antitrust and Regulatory lawyer Jean-Paul Tran Thiet brings experience and know-how to clients involved in competition-related proceedings or facing regulatory stakes. He is described as “‘An iron hand in a velvet glove’ when it comes to defending his clients’ interests”. (Legal 500, EU Competition and Distribution (France) 2014)

With rigorous attention both to strategic vision and to detail, Jean-Paul helps clients to better understand and manage their proceedings before the French Competition Authority, the EU Commission, as well as national and EU courts.

Jean-Paul supports clients with merger control notifications and state aid. He negotiates and drafts contracts on clients' behalf and helps with setting up national and international co-operation and distribution networks. Clients also benefit from his advice in adopting and complying with European and national laws, notably changes resulting from the liberalization of markets such as electricity and gas, telecommunications and broadcasting, transport (air, rail, sea, and urban transportation), pharmaceuticals and postal services. In these areas, he represents clients before regulatory authorities, both at national and EU level.

Before entering legal practice in 1992, Jean-Paul held top-ranking positions in Paris and Brussels, as special adviser to the Vice-President of the European Commission, to several French Ministers and to the French Prime Minister.

Columnist at "Concurrences" a quarterly journal

1 The Best Lawyers in France™ awards

Knight of the "Legion d'Honneur"

Member of the Board of "Institut Montaigne" (Prominent French Think Tank)

Chairman of the French Association of Energy Law