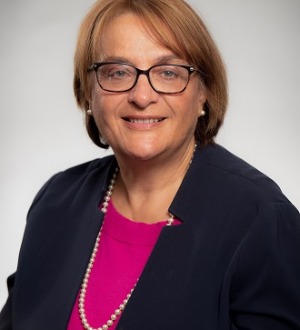 Duffy & Sweeney, LTD
"Jean Harrington is one of the most thorough and consistent lawyers I have worked with. She doesn't miss the small or big picture issues. With her no detail is overlooked. She has great style and is easy to work with."

A partner at Duffy & Sweeney, Jean Harrington is an integral member of the corporate team with special expertise in mergers and acquisitions, representing sophisticated private investment funds, multi-national corporations and other market participants in their most challenging transactional matters. She is known for engineering creative resolutions which unite divergent parties and bring complex deals to fruition.

When Profit is Not the Only Point

From the Duffy & Sweeney blog | By Jean Harrington | Many states including Rhode Island, have adopted a hybrid form of entity called a “low profit limited liability company” or “L3C”.  It’s a legal structure created to bridge the gap between non-profit and for-profit investing. In fact, the UK began using a similar structure in 2005, called a Community Interest Company.

The L3C is often a feasible solution for an entrepreneur with a desire to focus on a social purpose, first and foremost, and still preserve the potential for profit.What types of businesses are L3Cs ? Alternative energy companies, farm co-ops, camps for children, product distribution organizations focusing on a particular group, and conservation companies are among some of the markets that embrace the L3C form of business.

Rhode Island approved the L3C form of entity in July of 2012 and  data as of January 16, 2016 shows six L3Cs have been organized in Rhode Island.  A recent tally of all L3Cs formed since April 2008 in all states that permit these entities is approximately 1,326.

If you are a socially-minded entrepreneur whose inspiration may benefit from this model, contact attorney Jean Harrington at jharrington@duffysweeney.com to learn more.

"Jean Harrington is one of the most thorough and consistent lawyers I have worked with. She doesn't miss the small or big picture issues. With her no detail is overlooked. She has great style and is easy to work with." 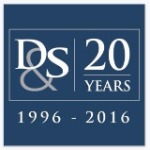 View Firm Profile
Duffy & Sweeney, LTD
http://www.duffysweeney.com
Headquarters
321 South Main Street, Suite 400
Providence, RI 02903
(401) 455.0700
Contact Jean A. Harrington
If you would like this lawyer to contact you directly in regards to a legal matter, please fill in the relative information below. The lawyer will then be sent your inquiry.
Your message was sent successfully!
Legal Disclaimer: Any information sent to Best Lawyers® or referred to a lawyer listed in Best Lawyers® via Internet e-mail or through the Best Lawyers® Web site is not secure and is done so on a non-confidential basis. Communication with Best Lawyers® or an Lawyer listed in Best Lawyers® via Internet e-mail through this site does not constitute or create a lawyer-client relationship. Best Lawyers® does not necessarily endorse, and is not responsible for, any third-party content that may be accessed through this website.
Add Comment
Your comment was saved successfully!
Thank you for your feedback.