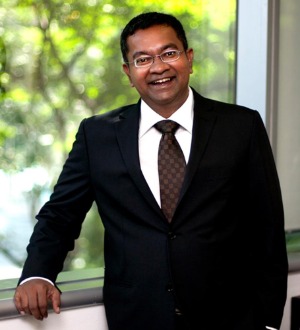 Eugene began practice at Allen & Gledhill, a prestigious Singapore firm in 2001, and quickly rose through the ranks to be made a partner of the firm in 2007. In 2009, he joined Stamford Law Corporation (now known as Morgan Lewis Stamford LLC), and was one of the pioneers of the firm’s dispute resolution practice until he left to set up his own practice. He is known to be a fiery advocate with a penchant for fighting for justice. A “strong-willed and determined litigator” is how some clients describe him. Others praise his strategic approach to positioning a case for settlement, when the appropriate circumstances arise. In 2012, Eugene started his own practice, Messrs Eugene Thuraisingam (now known as Eugene Thuraisingam LLP), a boutique dispute resolution outfit with core practices in criminal defence, commercialarbitration, and litigation.

For his dedication to pro bono criminal representation, Eugene received the LASCO Award in 2016. Eugene is also regularly instructed on matters which invoke issues of human rights and the rule of law. He has argued matters concerning freedom of speech, the constitutional right to counsel, and separation of powers. In a notable case, Eugene successfully persuaded the High Court and the Court of Appeal (by a majority) that the Government did not have the right to institute proceedings under Section 15 of the Singapore Protection from Harassment Act. In 2018, Eugene was named by Asialaw as a Market-Leading Lawyer in Dispute Resolution & Litigation.

It is the view of the firm, Eugene Thuraisingam LLP, that defending fundamental liberties guaranteed by the law lies at the heart of the task of lawyering. 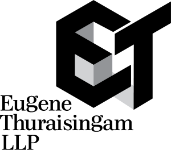 1 The Best Lawyers in Singapore™ awards

Recognized in The Best Lawyers in Singapore™ 2023 for work in: