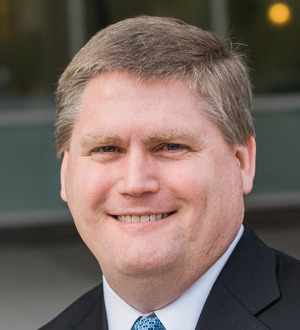 Navigate to map location for Derrick S. Boyd Visit the website for Derrick S. Boyd at http://www.bpwlaw.com/attorneys/derrick-s-boyd/
Your comment has been submitted!
We have encountered an error and are unable to process your comment at this time. Please refresh the page and try again later.
Add Comment
In making your comments, please do not refer to a pending legal matter.
Share My Profile
Post on Social

In addition to the State Bar of Texas, Mr. Boyd has been admitted to the United States district courts for the Eastern and Northern districts of Texas, as well as the United States Court of Federal Claims. Mr. Boyd is also Certified in Civil Trial by the Texas Board of Legal Specialization.

Mr. Boyd was named to the Best Lawyers in America list for 2020 by Woodward/White, an honor reserved for the top 4 percent of practicing attorneys. He was also included on the prestigious Texas Super Lawyers Rising Stars list in 2006. Since 2009, he has been named as a Texas Super Lawyer, which are chosen through peer recognition and professional achievement.

In addition to his numerous memberships with legal and advocacy groups, Mr. Boyd is on the Board of Directors of WARM and Wise Christian Counseling Center. Since 2016, he has also been a Director for the Cotton Bowl. He formerly served on the Decatur Chamber of Commerce, completing a three-year term as director. He also served on the Economic Development Committee for the Main Street Program in Decatur and the Decatur ISD Education Foundation Board of Directors.