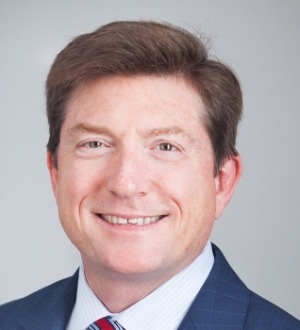 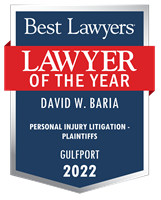 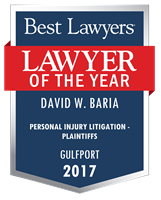 David Baria is currently a partner at Cosmich Simmons & Brown, PLLC in its Bay St. Louis, Mississippi office. His practice consists largely of insurance, business, construction and personal injury litigation, representing both businesses and individuals. David has over 30 years of litigation experience in the state and federal courts in Mississippi and has been recognized by his peers as “preeminent,” achieving the highest legal ability rating given by Martindale Hubbell (“AV”) and a “Superb” rating by AVVO.

David has been inducted into the American Board of Trial Advocates, Litigation Counsel of America and is a Fellow of the Mississippi Bar Foundation. He has also been repeatedly recognized by Mid-South Super Lawyers and Best Lawyers. David was also awarded the Lifetime Achievement award from the Mississippi Association for Justice in 2017.David served in the Mississippi legislature for 12 years, serving in both the Senate and House of Representatives. Representative Baria was elected by his fellow House Democrats to a 4-year term as a House Minority Leader in 2016 and served in that position from 2016 to 2019, when he retired from the legislature. In 2018, David ran for the U.S. Senate as the Democratic Party nominee against incumbent U.S. Senator Roger Wicker.