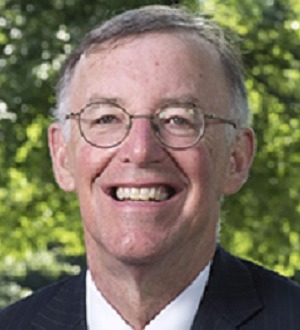 Szaferman, Lakind, Blumstein & Blader, P.C.
"Arnold Lakind is an outstanding attorney. He is intelligent, friendly, and extremely responsive at all times. He is very knowledgeable. "

Arnold Lakind, a founding shareholder of Szaferman Lakind, represents the firm’s clients in commercial, environmental and land use litigation. He has over thirty reported judicial decisions and has argued several landmark cases before the Supreme Court of New Jersey.

Arnold was instrumental in obtaining damages in one of the largest toxic tort cases on behalf of several hundred residents of Jackson Township. Ayers v. Jackson Tp. remains the Supreme Court’s seminal case on the types of damages recoverable by individuals exposed to toxic chemicals.

Arnold has served as a Trustee of the Mercer County Bar Association, a member of the Board of Editors of the New Jersey Lawyer, and as the Executive Director of the Mercer County American Inn of Court. He is a Fellow in the Litigation Counsel of America.
Read more on firm website

"Arnold Lakind is an outstanding attorney. He is intelligent, friendly, and extremely responsive at all times. He is very knowledgeable. "