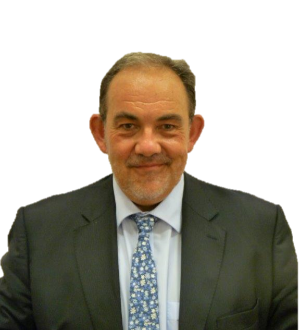 Ángel has advised multiple national and international businesses on corporate matters. His main specialist areas are Competition, Corporate, Compliance and Commercial Law and he has accumulated extensive experience in the Chemical, Pharmaceutical and Food & Agriculture sectors and in retail and Shopping Centers having advising some of the leading companies in these fields. He has held the position of Secretary of the Board for various companies, among others, AKZO NOBEL PACKAGING COATINGS, SALTON PRODUCTOS ESPAÑA, JOHN DEERE WATER, LAVENDON ACCESS SERVICES SPAIN and P.S. APLICLOR.

He has advised AKZO NOBEL, PPG INDUSTRIES, IMPERIAL CHEMICAL INDUSTRIES (ICI), CRODA, PEROXYGENS, TÜV RHEINLAND, ING, CBRE RICHARD ELLIS, BARINGS, KENNEDY WILSON, MERCK SHARP & DHOME, BOEHRINGER INHELHEIM, SANOFI, BOING, SMITH MEDICAL, IBERDROLA, UNILEVER, NESTLÉ, DANONE, PEPSICO, RED BULL, JOHN DEERE, MONSANTO and SONY, amongst other companies. He advised Unilever (food and consumption) on various matters of high importance such as Unilever’s acquisition of the margarine brands of the Koipe Group, securing the approval of the authorities in Spanish competition on the merger, despite the high market share in the margarine market that the aforementioned merger generated. Moreover, he advised Unilever in the surprise inspection (dawn raid) and during the process initiated by the European Commission on the detergent market, as well as in the clearance process of the merger and negotiation of conditions in Unilever’s acquisition of Sara Lee on the business’ deodorants, soaps, shampoos and personal care products. One of his principal professional achievements was securing the total absolution and acquittal of Imperial Chemical Industries (ICI) (Chemical) in the penal process filed against ICI, Bayer and Solvay for a defective chemical product, which as a consequence caused the deaths of more than 20 workers in the textile industry in Alcoy (Alicante, Spain) due to what is known as “Ardystil Syndrome”. He has advised the pharmaceutical company Merck, Sharp & Dohme (MSD) on different sanctionary proceedings initiated by the Spanish competition authorities filed against various significant multinational pharmaceutical laboratories, in the cases of Difar, FEFE and EAEPEC amongst others, achieving favourable results in all and acquittal for MSD. Ángel Valdés also participated in the Selection of Lupicinio International Law Firm on behalf of the European Commission for the preparation of a report on the implementation of Ruling 90/531/CEE in Spain on the formalization proceedings of work and supply contract in the telecommunications sector, and in the development of Comparative Law studies commissioned by the Ministry of Industry and Energy for the development of the laws on Industrial, Energy and Mining respectively.

8 The Best Lawyers in Spain™ awards

the author of the book “A Guide to Investing in Spain” (ed. IMADE), in order to publicize the main Spanish legislation applicable to foreign investors in Spain; he is co-author of “Complex Problems in European Union and Competition Law: Competition and European Yearbook” in the different annual editions from 2014 up to 2019 (ed. Civitas-Thomson Reuters) and co-author of “Horizontal Agreements and Cartels in EU Competition Law” (ed. Oxford University Press).

Highlighted by Best Lawyers 2017, 2018 and 2019 in both Antitrust/Competition Law and in Corporate and M&A Law.

Member of the Academic Council

Recommended by Chambers & Partners, The Legal 500 and The International Who’s Who of Competition Lawyers as one of the best lawyers on matters of Competition in Spain.