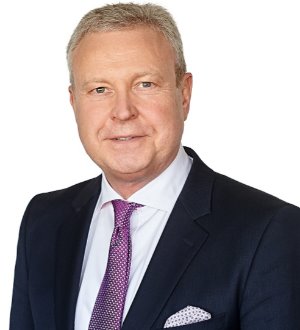 Navigate to map location for Aare Tark Visit the website for Aare Tark at https://
Your comment has been submitted!
We have encountered an error and are unable to process your comment at this time. Please refresh the page and try again later.
Add Comment
In making your comments, please do not refer to a pending legal matter.
Share My Profile
Post on Social

Managing Partner, founder of TARK in 1991. Aare Tark is one of the most recognised and experienced litigation lawyers in Estonia and the Baltics. Aare is a member of corporate and commercial law, dispute resolution and energy law practice group. He has represented the Government of the Republic of Estonia in several civil disputes both as a representative and as an arbitrator in arbitration proceedings.

He has participated in ICSID arbitration (International Centre for Settlement of Investment Disputes) proceedings as a representative of the Central Bank of Estonia. Aare has represented and advised the Central Bank of Estonia, the Embassy of the United States, and leading Estonian publicity listed companies on day-to-day issues, represented and advised major Estonian transit and telecom companies.

He has been a chairman of the supervisor board of Estonian Telecom company, member of board of several listed companies and acting as a arbitrator and counsel in arbitration proceedings. He is a member of Internal Security Advisory Board of Estonian Ministry of the Interior. 1994, 1995, 1998 elected as the President of the Estonian Bar Association and since 2003 a member of the Estonian Bar Association’s Committee on Professional Ethics and Conduct.

3 The Best Lawyers in Estonia™ awards