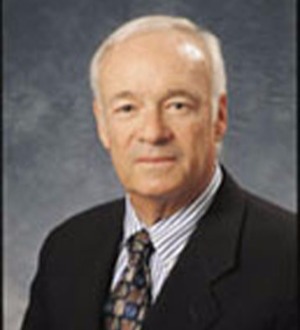 Mr. Jeff Robinson is Of Counsel in the Miami office of Broad and Cassel. He serves as the Chairperson of the Firm's Corporate and Securities Practice Group and is a member of the Public Finance and Capital Projects Practice Group.

Mr. Robinson has a sophisticated corporate and securities practice with continued particular focus on public and private financing and mergers and acquisitions for emerging and mid-sized companies.

He has represented business in deals ranging from $7 million to $800 million over the past two years.

Notable clients include Perry Ellis and Netspeak, for whom he arranged start up capital in 1995.

He began his practice in New York City specializing in corporate, securities and business law. He represented major publicly traded companies as well as emerging business and middle market corporations.

He offers experience in the early stage of a company, being proactive in introductions to the financial community. He then stays with the company throughout the years as they become larger and profitable.

Mr. Robinson is an AV Preeminent®-rated attorney by Martindale-Hubbell, achieving the agency’s highest marks for both competency and ethics.

Mr. Robinson is involved in various community and professional organizations.