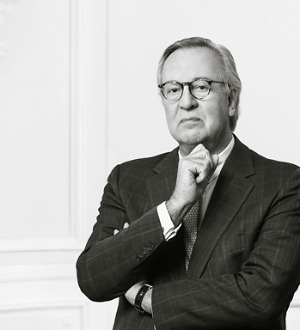 Navigate to map location for Wolfgang von Meibom Visit the website for Wolfgang von Meibom at https://www.vossius.eu/en/attorneys-professionals/profile/wolfgang-von-meibom
Your comment has been submitted!
We have encountered an error and are unable to process your comment at this time. Please refresh the page and try again later.
Add Comment
In making your comments, please do not refer to a pending legal matter.
Share My Profile
Post on Social

Wolfgang von Meibom joined Vossius & Partner as of counsel in March 2014. He is a firmly established figure in national and international patent law.

Prior to joining Vossius & Partner, he served in the law firm of Bird & Bird as Chairman of Bird & Bird Germany and Co-Head of the International IP Group. Wolfgang von Meibom has been involved in many national and international patent disputes and the development of patent strategies in Europe, USA and Asia. In addition, he is also highly involved in the academic field as demonstrated by his professorships at Renmin University and the University of Political Science and Law in Beijing. Moreover, he lectured at the Munich Intellectual Property Law Center (MIPLC) over many years. He is the author of many legal publications. Wolfgang von Meibom's leading reputation in intellectual property law is reflected in national and international rankings.