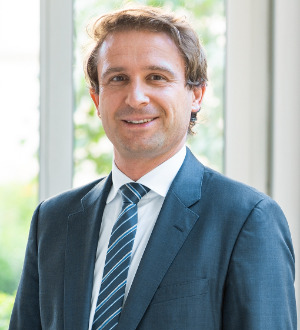 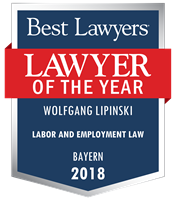 Dr Wolfgang Lipinski is Partner at BEITEN BURKHARDT‘s Munich office and member of the Labour & Employment Law practice group. He advises German and international companies on collective and individual labour law issues and represents them in legal proceedings, often in landmark cases, in all courts up to the Federal Labour Court. He particularly focuses on the strategic planning and implementation of restructuring and reorganisation measures (inter alia (mass) redundancies, transfer of business and outsourcing projects) and collective labour law advice to companies during and after privatisation. He further specialises in assisting with and implementing all kinds of collective bargaining issues (e.g. flexible working hours, change of pay scale, Employer‘s Association membership changes, collective company agreements) as well as optimising and structuring remuneration and working-hour models. Wolfgang Lipinski regularly conducts negotiations, including with conciliation boards or arbitration tribunals for collective bargaining disputes, e.g. on the reconciliation of interests, social plans, all types of collective bargaining agreements, with works councils and/or trade unions.

74 The Best Lawyers in Germany™ awards

3 Best Lawyers: Ones to Watch in Germany™ awards