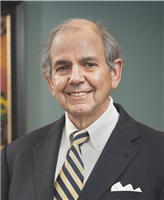 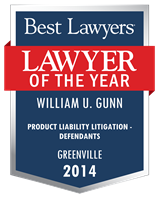 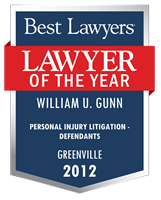 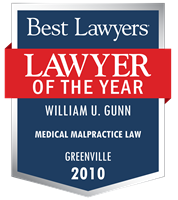 Billy Gunn is recognized as one of South Carolina’s pre-eminent trial lawyers and has been for a number of years. After public school in Spartanburg County he graduated from The Citadel and then served in the United States Army, including one year as an automatic weapons platoon leader in the Republic of Vietnam. Thereafter, he attended the University of South Carolina School of Law and served two years as Law Clerk to Honorable Robert F Chapman, United States District Judge for the District of South Carolina. In 1974 he joined Holcombe Bomar and has practiced with the firm continuously for over forty years.

In recognition of his work as a trial lawyer, Billy was inducted as a Fellow of the American College of Trial Lawyers in 1992 and was State Chair from 1998-2000. He is also a member of the American Board of Trial Advocates.