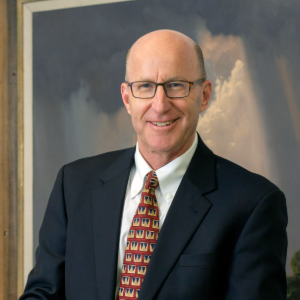 Modrall Sperling
"Walter is an experienced hand in energy, natural resources and Indian Law matters. He is especially strong with federal and state regulatory issues. His mild manner makes him very effective and his substantive expertise is not to be missed."
"Walter Stern has deep experience in advising clients across a wide range of energy and natural resource matters for projects in which Indian tribes have interests on or are near Indian reservations."
Read More Client Comments

Walter brings more than thirty-five years of experience providing representation, advice and counsel to businesses and individuals in their dealings with Indian tribes and public land management agencies, like the U.S. Bureau of Land Management, the U.S. Forest Service and New Mexico State Land Office. Walter’s practice is focused on natural resources, energy and environmental law.

Clients throughout the west and across the country seek Walter’s advice in matters involving transactions, disputes and consultations with Indian tribes and other Native American groups. In addition, clients look to Walter when pursuing federal lands leasing, development, and related permitting and environmental compliance efforts under the National Environmental Policy Act (“NEPA”), Section 106 of the National Historic Preservation Act, the Endangered Species Act, and related federal statutes.

Walter also is actively involved in community and professional non-profit organizations. He has served as President of the Rocky Mountain Mineral Law Foundation, a world-class continuing education provider for professionals working in the areas of natural resources development and environmental law. Walter is currently Chair of the Albuquerque Community Foundation, where he has been actively involved as a Trustee since 2014 and served as Chair of the Impact Investment Committee for three years. In addition, Walter is a past Chair of the Board of Trustees of the Albuquerque Academy, an independent day school.

Nationally recognized in Native American Law by Chambers USA, Walter has also received top recognition in the area of Environment, Natural Resources & Regulated Industries in Chambers’ New Mexico review.  As reported in Chambers, Walter’s clients describe him as “outstanding,” and peers view him as a “great litigator.”  He has been listed by Best Lawyers in America® since 1995 and named “Lawyer of the Year” in Albuquerque seven times: in Natural Resources Law, 2020; Environmental Law, 2016 and 2019; Energy Law, 2014 and 2018; Oil and Gas Law, 2012; and Native American Law, 2011. Walter has achieved the AV® rating from Martindale-Hubbell, has been recognized as one of the Top 25 Super Lawyers in New Mexico by Southwest Super Lawyers®, and as Best of the Bar in Native American Law by the New Mexico Business Weekly. He is a Past President (2013 – 2018) of the firm.

Walter enjoys hiking, skiing, and mountain bike riding that does not involve crashing on boulders.

"Walter is an experienced hand in energy, natural resources and Indian Law matters. He is especially strong with federal and state regulatory issues. His mild manner makes him very effective and his substantive expertise is not to be missed."

"Walter Stern has deep experience in advising clients across a wide range of energy and natural resource matters for projects in which Indian tribes have interests on or are near Indian reservations."

"Walter is a leader in the field of Native American Law and a model of professionalism."

"Walter Stern is a rock star, with an impressive breadth and depth of Indian Law and minerals expertise. If you're working in Indian energy in the West, Walter is the man you want working your case."

"Walter Stern has a combination of character, ability, dedication, and knowledge that exemplifies the best in the legal profession. Specifically, his knowledge of natural resource, federal Indian law, and business law has been invaluable. I am glad that our company found Walter and his colleagues at the Modrall law firm and that we have had the opportunity to work with him over the past decade. We have, with Walter's assistance, solved a myriad of complex problems in a manner that was not only successful, but professional and in keeping with the highest standard of the legal profession. I look forward to working with Walter in the future."

Led a multi-disciplinary counsel team in completing a series of interrelated transactions between BHP Billiton New Mexico Coal, Inc. (BBNMC) and its subsidiaries and the Navajo Nation and Navajo Transitional Energy Company, LLC (NTEC), a wholly owned enterprise of the Navajo Nation. The multi-faceted transaction included, among other elements, the sale of BHP Navajo Coal Company (BNCC), the owner and operator of the Navajo Mine, a large surface coal mining operation located on the Navajo Reservation in New Mexico, to NTEC.

Represented clients in a range of transactions seeking to secure agreements, leases, and/or rights-of-way on Indian lands, and addressing forum selection, waivers of immunity from suit, tribal regulation, and deciphering tribal and federal law to identify and acquire any necessary approvals to help ensure enforceable agreements.