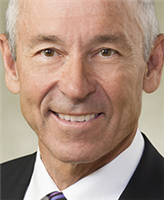 Navigate to map location for Wally Braul Visit the website for Wally Braul at https://www.gowlingwlg.com/en/canada/people/wally-braul
Your comment has been submitted!
We have encountered an error and are unable to process your comment at this time. Please refresh the page and try again later.
Add Comment
In making your comments, please do not refer to a pending legal matter.
Share My Profile
Post on Social

Wally maintains strong working relationships with federal and provincial regulators to keep abreast of unfolding policies and requirements. He has previously acted for regulators in litigation matters (including a precedent-setting case that imposed liability on a foreign subsidiary for environmental problems caused by its Canadian subsidiary), as well as law reform (such as the drafting of B.C.’s contaminated sites legislation, regulations and policy advice to the federal government on imports of hazardous waste).

Wally is a frequent commentator on energy-related legal developments, having authored numerous articles and presented at many conferences. He is also a contributing editor for the Environment Law journal. Prior to joining Gowlings, he was a partner of a well-respected Canadian law firm and served as the co-chair of that firm’s Aboriginal law practice group.

Called to the bar in B.C. and Alberta, Wally also holds a masters degree in urban and regional planning. Prior to practising law, he served as the director of land use planning for a regional government in northeast British Columbia.

236 The Best Lawyers in Canada™ awards

20 Best Lawyers: Ones to Watch in Canada awards