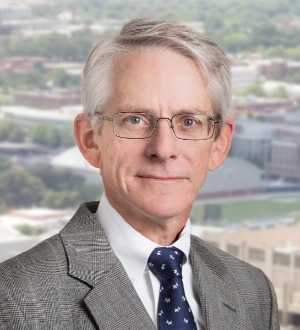 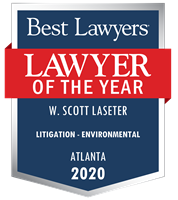 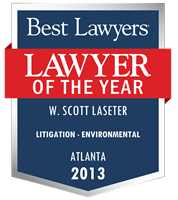 Scott Laseter´s practice has included litigation, regulatory and transactional aspects of environmental law. For the last dozen years, he has devoted a substantial portion of his practice to manufactured gas plant issues ranging from investigation and remediation oversight to cost recovery, insurance coverage and common law litigation.

In recent years, he has also devoted a substantial portion of his practice to representing publicly traded real estate companies, parties to CMBS transactions, financial institutions, REITs, developers and public and private investors in connection with environmental problems arising out of buying, selling, owning and financing real estate. Through this work, Scott has been involved in the redevelopment or repositioning of hundreds of environmentally challenged properties.

Prior to attending law school, Scott spent several years in the insurance business. He has built on this experience by handling a wide-range of environmental and non-environmental insurance matters on behalf of policyholders, including successfully securing coverage for such diverse claims as environmental clean up costs, defense of asbestos lawsuits, and disability coverage for silicone induced autoimmune disease.

Scott is a member of the Institute for Georgia Environmental Leadership class of 2013. He has served as a member and chairman of Georgia Justice Project and currently serves on the board of AH Capital Campaign, Inc., a support organization for Atlanta Habitat for Humanity. 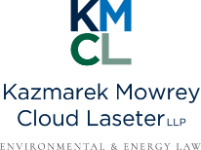