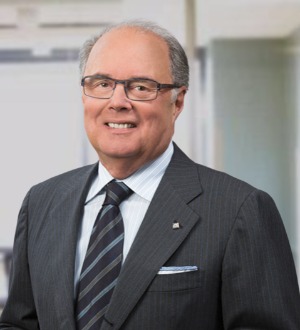 Vincent Marella is a founding partner of Bird Marella, and has more than 30 years of experience representing clients in federal criminal prosecutions and related complex civil litigation.

A Fellow of the American College of Trial Lawyers, Vince represents corporations and individuals in grand jury investigations and post-indictment proceedings with a particular emphasis on representing high-level corporate officers and executives in criminal prosecutions, and parallel administrative and civil actions. Vince formerly was the National Chairman of the American Bar Association’s Committee on White Collar Crime, and founded and served as chair of its west coast subcommittee. He also served on the council of the ABA’s Criminal Justice Section (1997 – 2000).

Vince has been recognized as being one of the foremost white-collar criminal defense lawyers in the nation. He has been named one of the best criminal defense lawyers in the country in the publication The Best Lawyers In America every year since the inception of that publication in 1984. Vince has also been recognized as one of America’s leading lawyers in the publication Chambers USA, America’s Leading Lawyers in Business and, in 2011 was honored by Chambers as a “Senior Statesman” and trial lawyer. Vince was also named one of California’s leading business lawyers by California Lawyer Magazine in an article entitled “Best in the West” (August 2004) as well as recognized in the Guide to the World’s Leading White Collar Crime Lawyers, published by Euromoney Publications, Plc, London.

Among his numerous notable cases, Vince tried the largest federal tax case in the District of Hawaii, and represented an international corporation and its chief executive officer in the largest federal criminal tax case in the nation. In addition, Vince has successfully represented chief executive officers, general counsel, chief financial officers and employees of major corporations in cases involving allegations of securities fraud, antitrust, health care fraud, customs fraud, embargo violations, as well as tax, mail and wire fraud. Vince has also conducted internal investigations, both in the U.S. and abroad, for many publicly held corporations as well as represented companies and their boards of directors in civil, criminal and regulatory actions.