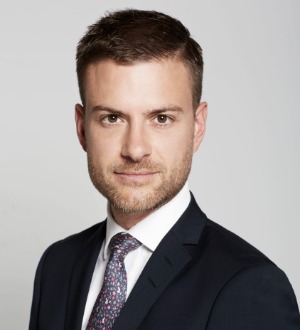 Vincent de l’Étoile is a partner of the litigation group and he is a member of the firm’s Board of Directors. He has specialized mainly in the fields of civil and commercial litigation, class actions, product liability, consumer law and competition law. Vincent is a creative and dedicated lawyer combining pragmatism and depth to satisfy clients’ needs.

He is leading cases, advises and assists his clients in various fields. His practice is mainly characterized by the defence of the rights and interests of clients in industries such as banking and payment operations, manufacturing, telecommunications, air transportation and pharmaceuticals. Vincent’s skills are regularly put into practice in cases having commercial, strategic and economic implications. Vincent also assists his clients in non-contentious matters in relation to the compliance of their activities, operations and business practices.

Vincent represented various businesses and institutions before judicial courts in first instance and at the appellate level, including before the Supreme Court of Canada. Vincent also appeared before trial and appellate courts of other Canadian provinces for specific mandates.

Vincent frequently writes on class actions matters and legal developments, having been cited by the Court of Appeal of Quebec and the Superior Court of Quebec, as well as he speaks at legal conferences.

In 2015, Vincent was designated as one of Canada’s leading lawyers under 40 years old by Lexpert Rising Stars, Leading Lawyers Under 40. In 2016, he was ranked as “Future Star” by Benchmark Litigation Canada and listed as a “Litigation Lawyer to Watch” in the Lexpert Guide to the Leading US/Canada Cross-Border Litigation Lawyers in Canada. Since 2017, Vincent has been recognized as a “Litigation Star” by Benchmark Canada Litigation, and is listed since 2017 in the Canadian Legal Lexpert Directory in class actions. Vincent is also featured since 2019 in the Chambers Canada Guide by Chambers & Partners for Class Actions (Defence) – Nationwide/Canada, and for Litigation (General Commercial) – Quebec. In 2019, Vincent was also recognized with the distinction « Canada’s Leading Litigation Lawyers » by Lexpert. 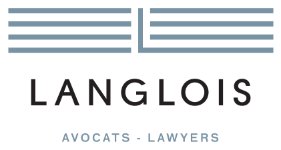