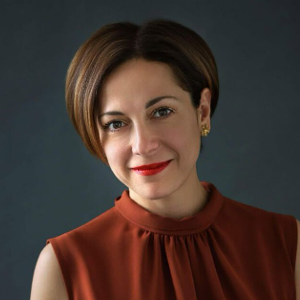 Valentina Shaknes is a founding partner at KSTM. Since graduating from law school, she has practiced exclusively in matrimonial and family law. Valentina represents clients in a wide variety of complex matrimonial matters involving high-conflict equitable distribution and custody disputes, child and spousal support, and pre-nuptial and post-nuptial agreements. Valentina particularly specializes in valuations and divisions of closely-held businesses and complicated custody proceedings.

Valentina has successfully litigated matters in both Supreme and Family Courts in New York, Kings, Nassau, Westchester, and Columbia Counties, and has appeared before the appellate courts for the First and Second Judicial Departments.

Before co-founding KSTM, Valentina served as co-chair of the matrimonial practice at McLaughlin & Stern LLP. After graduating from law school, she was an associate in the matrimonial department of Blank Rome LLP, where she worked with the other three founding partners of KSTM.

Valentina received her law degree from Brooklyn Law School, where she served as the associate managing editor of the Journal for Law and Policy. During law school, she earned first place in the Domenick L. Gabrielli National Family Law Moot Court Competition.