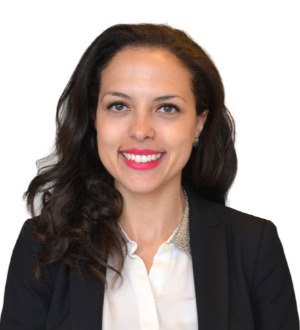 Navigate to map location for Tiseme Zegeye Visit the website for Tiseme Zegeye at https://lieffcabraser.com/tiseme-zegeye
Your comment has been submitted!
We have encountered an error and are unable to process your comment at this time. Please refresh the page and try again later.
Add Comment
In making your comments, please do not refer to a pending legal matter.
Share My Profile
Post on Social

A partner in Lieff Cabraser’s San Francisco office, Tiseme Zegeye represents plaintiffs in employment discrimination and women’s health individual and class actions. Prior to joining Lieff Cabraser, Tiseme was a Staff Attorney at the Center for Reproductive Rights in New York, where she litigated to protect women’s reproductive rights. Previously she was a Legal Fellow at the American Civil Liberties Union Women’s Rights Project in New York, where she worked to fight gender discrimination in employment, education, and housing.

Tiseme earned her law degree from the New York University School of Law, where she won the BLAPA Kim Barry ‘98 Memorial Graduation Prize for academic excellence and commitment to international and human rights work, as well as a Dean’s Scholarship. During law school, she worked with the Center for Human Rights and Global Justice, interned with the NAACP Legal Defense Fund, and was active in the Black Allied Law Students Association and the Women of Color Collective.