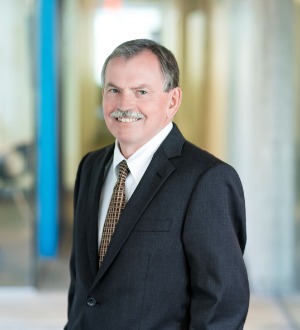 Navigate to map location for Timothy J. "Tim" Cooney Visit the website for Timothy J. "Tim" Cooney at https://www.wbklaw.com/our-team/Timothy-Cooney
Your comment has been submitted!
We have encountered an error and are unable to process your comment at this time. Please refresh the page and try again later.
Add Comment
In making your comments, please do not refer to a pending legal matter.
Share My Profile
Post on Social

In addition to counseling carriers and manufacturers on FCC regulations including hearing aid compatibility requirements, he has represented a wide range of end users in their negotiations with carriers for satellite transponder leases, terrestrial capacity contracts, and indefeasible rights of use (IRU) agreements. He also advises equipment manufacturers on FCC regulations governing equipment authorization, marketing and importation; and he counsels TV stations on closed captioning, Children’s TV, enhanced underwriting and other broadcast issues. In addition, he represents clients in certification, rulemaking and enforcement proceedings before the Federal Communications Commission as well as state regulatory bodies. He has successfully defended carriers in investigations by the FCC’s Enforcement Bureau and negotiated numerous consent decrees. Mr. Cooney also advises non-common carriers, information service providers and system integrators on the impact of FCC regulation of their business, including maintaining their status as less regulated entities.