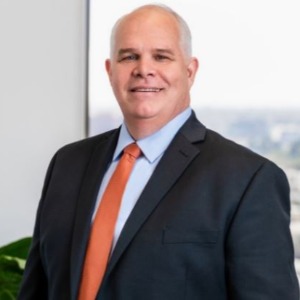 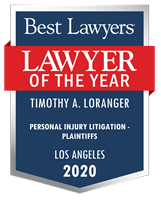 Tim has experience working on numerous commercial truck, bus, and aviation cases involving negligent design, operation, and maintenance. His experience in these cases, combined with a varied background in science and mechanics, has given him significant insights into finding and proving the causation in these accidents.

A veteran of the United States Marine Corps, Tim served in Operations Desert Shield and Desert Storm. His experience as a Marine prepared him for a career in the legal field where service, honor, compassion, perseverance, and dedication are essential traits.

During this time, Tim worked as an aircraft mechanic throughout the U.S., including the Marine Corps and Navy Air Stations in El Toro, California; San Diego, California; Memphis, Tennessee; and Jacksonville, Florida. The focus of his training and work was on RF-4B, F/A-18, and KC-130 aircraft at both the squadron and intermediate maintenance levels. During this time, Tim expressed his strong passion for aviation and aviation safety.

Tim developed a life-long desire to fly at a young age and earned his pilot’s license over 15 years ago. He still finds time to fly even with the full-time practice of law. After serving in the Marines, Tim earned a bachelor’s degree in Biology from California State University, Northridge and his law degree from Southwestern University School of Law.

As a proud member of the Consumer Attorneys Association of Los Angeles (CAALA), Consumer Attorneys of California, and the American Association for Justice, Tim is a part of an extensive association of plaintiff attorneys dedicated to representing consumers in, and protecting them from, unsafe products, unsafe medicine, unfair business practices, and unscrupulous, negligent corporate conduct.

CAALA has honored Tim with three Presidential Awards for his tireless efforts to preserve victims’ rights and for his advocacy for consumer safety.

In his spare time, Tim raises money for charity, runs in marathons, and trains and competes in triathlons, with plans for a full distance Ironman Triathlon in the works. He receives his greatest joy spending time with his wife, Desiree, and their daughter, Elizabeth.

Tim was also an active member of the Boy Scouts of America and the Civil Air Patrol—a benevolent, nonprofit organization and auxiliary of the new U.S. Air Force, dedicated to aerospace education.

Baum Hedlund has taken on the Zantac cancer litigation after the U.S. Food and Drug Administration (FDA) announced that it is investigating Zantac cancer risks after testing of certain Zantac (ranitidine hydrochloride) tablets found the commonly-used heartburn medication contains a cancer-causing chemical up to 3,000 times greater than the FDA’s daily intake limit. The carcinogenic chemical present in Zantac is known as N-nitrosodimethylamine (“NDMA”). Though the FDA has yet to issue an official Zantac recall, CVS and Walgreens have pulled Zantac and Zantac OTC generics from their shelves and Apotex has voluntarily recalled its ranitidine products from Rite-Aid and Walgreens.