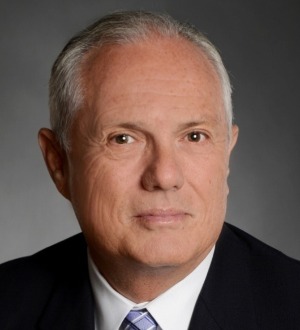 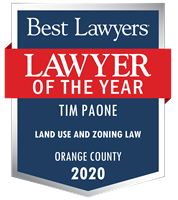 Experience doesn't make us smarter, but it does steer us to solutions where the less-experienced might only see problems. Experienced land use counsel is particularly critical in California, for it is here that creative "been down this path before" thinking is needed to meet the challenges of an often-daunting convergence of federal, state, and local land use regulation.

For more than four decades, Tim's insight has been shaped by work on some of California's most complex entitlement projects, experience in private land development, years as a real estate and land use litigator, and public service. As a result, he brings to landowners and developers an uncommon blend of experience, technical expertise, and creative strategic thinking focused on getting that "Yes" from government.

Tim’s experience and expertise were recently honored through his selection by his peers as the Orange County “Lawyer of the Year” for Land Use and Zoning Law, as published in the 2020 edition of the highly respected The Best Lawyers in America. In 2012, Tim was named by California's leading legal publication, The Daily Journal, as one of "California's Top 30 Real Estate Lawyers."

Tim's practice focuses on CEQA, the Coastal Act, Development Agreements, local planning and entitlements, and land use litigation. His entitlement practice takes him to communities from Santa Barbara to the Mexican border. He has successfully defended his clients' projects in courtrooms throughout the State.

Tim has managed entitlement for The Irvine Company's properties in Newport Beach, Anaheim, and Orange, served as a Planning Commission Chairman and a Governor's appointee to the California Law Revision Commission, and taught Environmental Law Practice as an Adjunct Law School Professor.

As part of Cox Castle & Nicholson's Land Use & Natural Resources practice group, Tim brings to his clients the considerable resources of one of the largest full-service real estate law firms in the United States. The Cox Castle land use team was honored by US News & World Report in 2015 and again in 2018 as the nation's "Law Firm of the Year" for land use and zoning. And for 2019 and 2020 alone, four members of that team have been named “Lawyers of the Year” in their regions, reflecting the depth and strength of each of our California offices (Los Angeles, Orange County, and San Francisco). US News also accords each of those offices the highest possible “Tier 1” recognition in both Real Estate Law and Land Use & Zoning Law.