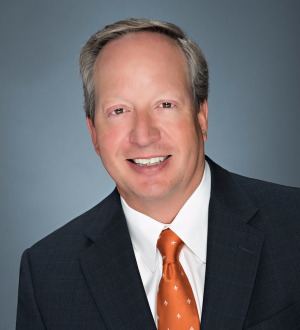 Tom Oliver, a founding shareholder at Carr Allison, is a trial attorney specializing in complex matters involving transportation, employment and professional litigation. He has litigated cases in the state and federal courts of Alabama, Mississippi, Tennessee and Virginia. Tom is designated as regional and statewide counsel for numerous companies and their insurers. He developed the firm’s accident response GO TEAM and coordinates catastrophic accident investigations for various transportation clients.

Tom was selected by USLAW to serve as its Chairman in 2015-2016 after serving on the Board and Executive Committee, as well as Chairman of its Transportation and Professional Liability Committees. USLAW is a national organization with international affiliates. In addition, Tom serves as an adjunct professor of trial advocacy at the Cumberland School of Law at Samford University in Birmingham, Alabama. He is a Trustee of the Alabama Law Foundation and served as its President in 2014-2015. He has been named to the Mid-South Super Lawyers list, Top Lawyer by Corporate Counsel, is included in The Best Lawyers in America© and earned an AV-rating through Martindale-Hubbell. He was also chosen as a 2017 “Top Flight Lawyer” for bMetro magazine.

Tom is an instrument-rated pilot and enjoys flying in his Beechcraft Bonanza. He enjoys playing golf and is an avid supporter of his Alma Mater: the Auburn Tigers.

14 Best Lawyers: Ones to Watch® in America awards

"Tom heads a strong transportation group at Carr Allison. He is about as knowledgeable and as skilled a transportation lawyer as they come. He is responsive and easy to work with, never hesitates to get out of bed and go to an accident scene in the middle of the night, and has made him himself invaluable to the industry. Not only is he a frequent and insightful speaker on industry topics, but he is also on the short list of attorneys that we call for guidance and advice nationwide."