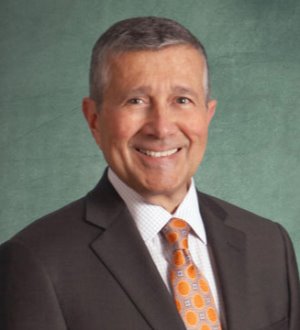 Mr. Tallerico is a civil mediator and is admitted in numerous Michigan counties.  He is also listed on the American Arbitration Association's Complex Commercial Dispute Panel and its International Panel.  He has been appointed by AAA to serve on numerous panels, as sole arbitrator, panel member, or chairman.

He is a member of the advisory board of Big Brothers-Big Sisters of Metro Detroit. He is the past president of the Oakland County Bar Foundation and of The American Constitution Society, Michigan Chapter.

Before joining Bodman, he worked for the Bureau of Economic and Business Affairs of the United States Department of State.

Contact Thomas J. Tallerico
If you would like this lawyer to contact you directly in regards to a legal matter, please fill in the relative information below. The lawyer will then be sent your inquiry.
Your message was sent successfully!
Legal Disclaimer: Any information sent to Best Lawyers® or referred to a lawyer listed in Best Lawyers® via Internet e-mail or through the Best Lawyers® Web site is not secure and is done so on a non-confidential basis. Communication with Best Lawyers® or an Lawyer listed in Best Lawyers® via Internet e-mail through this site does not constitute or create a lawyer-client relationship. Best Lawyers® does not necessarily endorse, and is not responsible for, any third-party content that may be accessed through this website.
Add Comment
Your comment was saved successfully!
Thank you for your feedback.