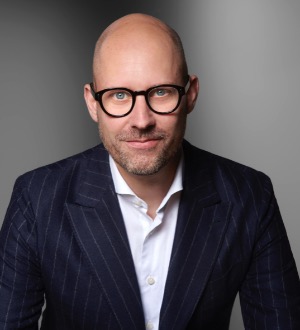 Thies Bösling is an experienced IP lawyer and founder of boesling IP, an IP litigation boutique based in Hamburg, Germany.

He has an extensive track record of litigating IP and unfair competition cases before the national courts in Germany, the EU General Court and the European Court of Justice. His experience covers all aspects of enforcing IP rights (including well-known and unconventional trademarks) in national and cross-border litigation, developing and implementing strategies against counterfeiting and parallel imports, managing private investigations against IP infringement, portfolio management (including trademark clearance, filing, opposition and cancellation proceedings), as well as drafting and negotiating licensing and IP transfer agreements. He has particular expertise in the fashion and clothing, luxury goods, health care, biotech and pharmaceutical industries.

Thies Bösling is a co-author of the widely recognised Commentary on the Community Trademark Regulation (Hasselblatt (ed), CH Beck Hart Nomos, 2nd ed 2018) and the author of numerous articles and case notes on contemporary IP, unfair competition and procedural law issues in German and US periodicals. Mr Bösling’s scholarly work has been cited by the German Federal Court of Justice and was recognised by the Judge John R Brown Award for Excellence in Legal Writing. He is frequently invited to speak at IP conferences and to comment on current IP matters in the media.

Thies Bösling studied law at the University of Hamburg, where he earned his doctorate in 2002. He graduated with an LLM in comparative law from California Western School of Law, San Diego, in 2004. Before founding boesling IP in 2015, he worked for a large international law firm and for leading German IP boutiques in Hamburg and Munich.

1 The Best Lawyers in Germany™ awards