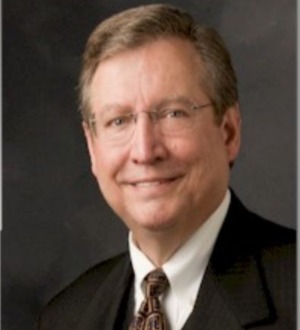 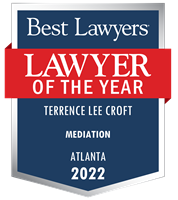 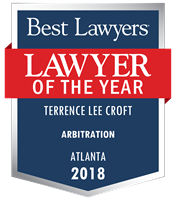 Terrence Lee Croft has been a trial lawyer for over 40 years. He is one of Georgia's most successful ADR neutrals, having resolved more than 3,500 mediations and arbitrations. A graduate of Yale University and The University of Michigan Law School, with distinction, he has served as President of the Atlanta Bar Association, and its charitable Foundation. He was Chairman of its Litigation and ADR Lawyers Sections and the State Bar of Georgia's ADR Section. He is a Fellow of the American College of Civil Trial Mediators and the ABA's Litigation Section. He is a Distinguished Fellow of the International Academy of Mediators. He serves on the Board of Trustees for Fulton County's ADR Program and on the Board of Governors of the State Bar of Georgia. He has served in the ABA's House of Delegates. He has twice been selected as one of The Top 100 Lawyers in Georgia, and annually since 2005 as a Georgia Super Lawyer and as one of The Best Lawyers in America in ADR, which named him Atlanta Arbitration Lawyer of the Year for 2018. He and his wife, Merry, have six children and 9 grandchildren. Mr. Croft is an Owner/Partner in JAMS, The Resolution Experts, with whom he is exclusively affiliated for his work as an ADR neutral. He serves as an ADR Coach and Consultant through CroftADR.. For additional information on Mr. Croft, see www.CroftADR.com, www.jamsadr.com; and www.georgiamediators.org.