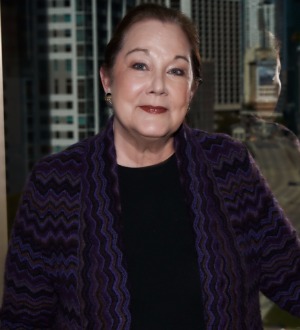 Susan has practiced as a criminal defense attorney since 1980. She and her former law partner Albert J. Krieger (now retired) gained a national reputation representing individuals and corporations in complex federal conspiracy, money laundering, and racketeering prosecutions, and other government enforcement matters, such as U.S. Securities and Exchange Commission proceedings. She has extensive jury trial experience and has litigated matters throughout the United States and in multiple foreign jurisdictions.

Susan is a long time Fellow of the American Board of Criminal Lawyers, and a member of the National Association of Criminal Defense Lawyers (NACDL), and the American Bar Association. She also serves as the Co-Chair of the Lawyers’ Assistance Strike Force for the NACDL and a faculty member of the Trial Skills Academy of the Institute for Criminal Defense Advocacy, and has published and lectured extensively throughout the country on issues of ethics and trial advocacy.

As early as 1991, she was selected for listing in the prestigious National Directory of Criminal Lawyers. She has been AV-Rated in the Martindale-Hubbell Law Directory since 1990, has received numerous commendation awards from NACDL, and was nominated in 1998 for The National Law Journal’s “List and Profiles of The Top 50 Women Civil and Criminal Lawyers in the United States.” Susan was also one of 5 criminal defense attorneys (and the only woman) chosen, in 1997, by the Ohio Association of Criminal Defense Lawyers to receive its “Annual Superstar” award. In 2003, Susan was selected to serve as Vice-Chair of the American Bar Association Task Force on the Right To Counsel.